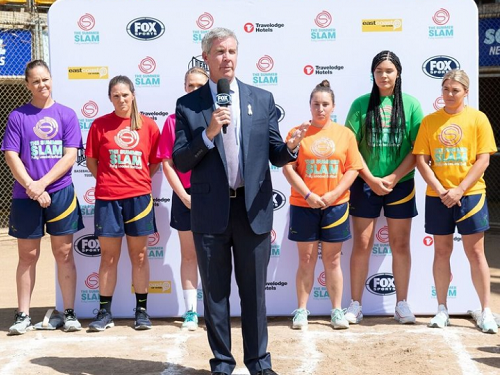 Fox Sports and Softball Australia have announced the launch of The Summer Slam – Fully Loaded Softball - a world-first innovative fast paced competition that will define a new era for the sport of softball.

The event is to be held at the Blacktown International Sportspark in Sydney from 4th to 6th February 2019, and will be broadcast live in prime-time by Fox Sports. The event will offer shorter games, more action, less downtime and more runs scored.

"It will provide an edge of your seat experience for spectators and fans as well as a high-pressure environment for our talented players.”

The high performance event, for open women’s players, will feature six franchised teams made up of Australia’s elite women’s softball representatives who will be joined by international players from several of the world’s top 12 ranked teams.

New rules, which have been tested and trialed, will be introduced for the tournament with the entire format of the new game designed to put more pressure on players to perform right from the very first pitch.

“The Summer Slam – Fully Loaded Softball will draw new audiences to the sport, and fuel the passion that many past and present players have for this great game.”

She explains “I am extremely excited about the concept behind The Summer Slam – Fully Loaded Softball and can’t wait to get out there on the diamond and compete in such a high-pressure, but fun environment alongside not only my fellow Travelodge Aussie Spirit team mates but also some of the superstars of softball around the world,.".

It is an exciting time for Softball. Prior to The Summer Slam – Fully Loaded Softball, the Australian National Championships will be held at Mirrabooka, Western Australia from 5th to 11th January 2019.

The Asia Pacific Cup, running from 31st January to 3rd February, will then be held in Blacktown, wwith teams from Australia, Japan, China, Chinese Taipei, Italy and New Zealand. Immediately after this teams will be made up from the aforementioned teams for the Fully Loaded games. After this, there are the Olympic qualifiers and then, hopefully for Australia, the Olympics in 2020, Tokyo.