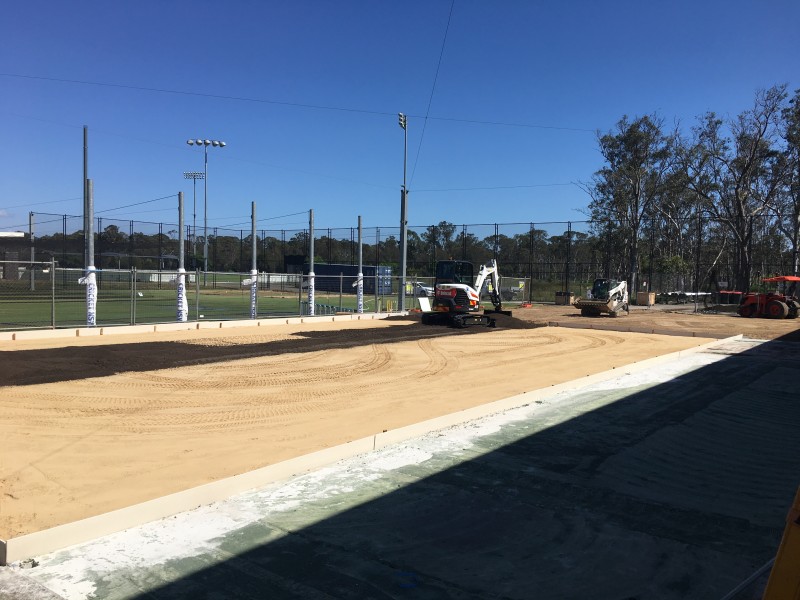 The wicket renovations will also include a hybrid spin wicket, the first to exist in NSW and only the second to exist within Australia. This wicket is crucial for spin bowlers and wicket keepers in their preparation for sub-continent games.

The hybrid spin wicket has been commissioned in partnership with Cricket Australia and combines synthetic grass with clay wicket soil.

Blacktown City Mayor Stephen Bali is proud that Blacktown is leading the way in training facilities for elite athletes, commenting “Blacktown City is proud to be a sporting city, and our wicket renovations are the first in a series of community assets which will cement the Sportspark as an international training destination of choice by elite teams.”

The training facilities are expected to attract a range of state, national and international sides to improve their international performance. An under 19s team from Canada will tour the Sportspark later this month.

Once complete, the number of practice wickets at the Sportspark will increase from 18 to 24.

After these renovations, Blacktown City Council (through Blacktown Venue Management) will manage 59 wickets in total, including 36 practice wickets across both the Sportspark and Joe McAleer Oval.

This is the largest number of first class practice wickets in NSW.