Physical activity trackers are more likely to motivate people to get users exercising active if their use is coupled with wellness coaching - according to a recently published study published in the American College of Sports Medicine’s Health and Fitness Journal.

Researchers at Indiana University (IU) studied three aspects of tracking: how people behave with activity trackers; how the trackers affect people’s behavior and how the trackers can be effectively integrated into programs which help people get more physically active.

For the study, the team at IU studied the University’s Ready to Move program for two years.

The Ready to Move initiative is based on students who want to get fit meeting up with IU fitness staff a minimum of eight times during a 10-week period for coaching sessions, and each is given a Fitbit to help track activities.

Throughout the 10-week period, the coaches help participants establish a baseline number for the amount of steps they would like to achieve in a day. 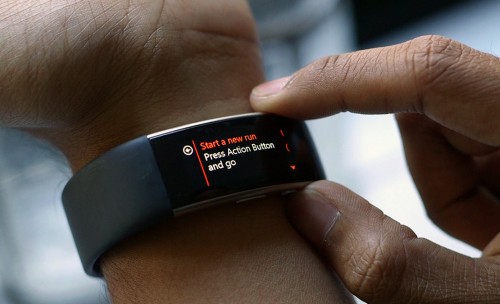 The study showed that, of the 173 people taking part in the study, 93% developed effective health and fitness goals - with 90% saying that a combination of coaching and a fitness tracker helped them sustain their wellness goals after coaching ended.

Carol Kennedy-Armbruster, senior lecturer in the Department of Kinesiology at the IU School of Public Health-Bloomington and co-author of the study explained “there is a lot of information out there about people not using activity trackers, but we think that is because the people using them need support.

“We found that a combination of giving someone the device and then pairing them with someone who can help them learn how to use it actually works.”

Click here to read the full study in the American College of Sports Medicine’s Health and Fitness Journal.

9th October 2014 - PICKING THE DIFFERENCE BETWEEN FITNESS FADS AND FUNDAMENTALS