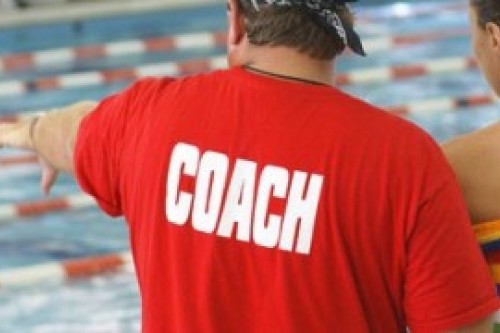 The Full Bench of the Federal Court’s recent overruling of a previous judgment of Justice Michael Wheelahan which found that a former coach of elite swimmers at Melbourne’s Vicentre Swimming Club, Matthew King, was covered by the Fitness Industry Award 2010 presents some lessons for employers.

This decision could have significant implications for employers throughout the aquatic and sport sectors.

Background
When ‘modern awards’ were introduced in Australia in 2009, they were intended to simplify the process of determining employment conditions.

A new advisory note from Royal Life Saving Society - Australia explains “for the aquatic industry, theoretically it should be simple - the Fitness Industry Award covers ‘aquatic centres’ and ‘aquatic services or classes’, so that’s all human resources managers need to know about, yes?

“Unfortunately, no. Firstly, the Fitness Award specifically excludes some employees (like cleaners and security staff) who are covered by other awards, and second, it is also necessary to consider whether an employee at an aquatic centre comes within one of the classifications under the Fitness Award.

“Last week, three judges of the Federal Court of Australia considered the award coverage of a swim coach and provided some useful lessons for the aquatic industry.”

Facts of the trial
Matthew King was employed by Melbourne’s Vicentre Swimming Club as a swim coach. When his employment was terminated, he brought claims against the Club which depended, in part, upon an entitlement to award coverage. King argued that they were covered by the Fitness Award (or alternatively, argued that they were covered by the Sporting Organisations Award, or if not that, the Miscellaneous Award, which demonstrates that multiple awards will often overlap).

At the first trial, Justice Wheelahan rejected all of King’s award-based claims, rejecting his claims that they were covered by level 4A, or level 5, of the Fitness Award because he did not hold a ‘Fitness Industry AQF Certificate Level IV’ qualification (which the judge noted has historically not been associated with swim coaches). Justice Wheelahan also rejected the coach’s claim to be covered by level 4 of the Award, because that level requires the holding of a bronze licence for coaching, and the coach held a silver licence. Accordingly, Justice Wheelahan found that the coach was too qualified to be level 4, but not qualified enough to be level 4A or 5, and thus found that the coach was outside the scope of the Fitness Award altogether.

The Appeal
On appeal to the Federal Court, King argued that the Award Classification definitions for a Level 4 employee applied to his role as he was working under limited supervision and guidance and was required to exercise initiative and judgment in the performance of his duties.

Moreover, King highlighted that the classification definitions are indicative of the minimum qualifications required for an employee to be classified at Level 4.

The Decision
The Full Court agreed that King’s qualifications and experience well exceeded the minimum requirements for an employee to be classified at Level 4 under the Award.

However, the Full Court found that the classification descriptors are the minimum only and that as there is not a higher level in the Award that covers swimming coaches, (unless the coach’s primary duties also involved supervising, training and coordinating other employees) King should have been classified as a Level 4 employee under the Award.

The Full Court also rejected the Club’s argument that the reference in level 4 to a person who is a coach of ‘beginner swimmers’ meant that the coach lost the protection of the Fitness Award because he coached intermediate squads. The appeal judges noted the evidence that most of the swimmers at the Club were not beginner swimmers, and said that “if the intention behind the Award had been to exclude coaches who coach most of the swimmers at a club, one would expect it to have said so clearly”.

For King, this ruling has meant that he will be able to pursue his underpayment claim against his former employer for entitlements under the Award. His essential claim is that the loaded rate of pay he received between 2012 and 2018 was insufficient to cover the Award derived payment obligations.

This was not done for the coach in this case, and Royal Life Saving suggest “it is the most important lesson of the case.

“Not only is written notice of classification a legal requirement, but if the parties agree on the correct classification at the outset of the employment relationship, the likelihood of a later dispute will be significantly reduced.”

The second lesson is that award interpretation is not a simple matter, as demonstrated by the fact that the three appeal judges reached a different conclusion to that reached by the first judge.

When the Fitness Award was made in 2009, the then Australian Industrial Relations Commission rejected a proposal to make a standalone award for swim schools. The reduction in the number of modern awards was meant to simplify the position for employers, but that meant compressing a number of industry-specific awards (with industry-specific classification structures) into the general ‘fitness industry’. Aquatic industry employers will need to consider carefully how that compression affects the specific work that the employees do when determining award classifications.

More on employment law
Recent reforms to the Fair Work Act (Cth) known as the Fair Work Amendment (Supporting Australia's Jobs and Economic Recovery) Act 2021 (Cth) that commenced from 27th March 2021 has brought about a series of issues relating to casual employment.

The new laws pertain in particular to casual employees and how they are defined and treated under the reforms.

Royal Life Saving Virtual Workshop
Considering recent significant reforms to workplace laws, Royal Life Saving is pleased to facilitate a virtual workshop on how aquatic facilities can understand and prepare for the changes.

We are pleased to be joined by an expert panel of presenters and speakers including:

Click here to register for the session and also to register your questions for consideration.

With thanks to FCB Workplace Law and StevensVuaran Lawyers.