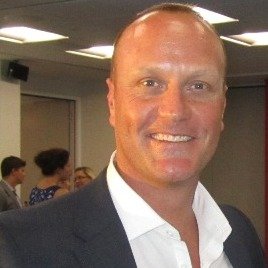 With many top Australian swimmers on salaries of less than $30,000 a year, ASA Chief Executive Daniel Kowalski welcomed the ACCC's decision, but stressed a wage increase would be difficult in the current climate.

Kowalski (pictured) told Melbourne newspaper The Herald Sun, "we know that the revenue stream of swimming isn't that of the bigger players in the market place like the NRL and AFL.

"Having said that, of course, we'd like more for our members. Our top swimmers receive just above the minimum wage and have to rely on sponsorships and endorsements.

"But it's not just about the money as there are a number of other welfare and wellbeing issues that we want for our members."

It seems unlikely that elite swimmers will be given a pay rise before the 2012 ear's London Olympics while Swimming Australia (SA) is to lose major sponsor Telstra in two months in a huge blow to the sport.

However, SA officials are confident of securing another sponsorship deal before the end of the year.

They include Stephanie Rice and Geoff Huegill who only survive because of personal endorsements while many swimmers rely on the support of family.

Kowalksi added "we aren't about to start stamping our feet and demanding big bucks and we're realistic when it comes to what's in the coffers."

Swimming Australia was reluctant to negotiate a new collective bargaining agreement with Kowalksi before the ACCC intervened.

Swimming Australia is also facing a backlash from parents over lack of tickets for next year's Olympic Games in London.