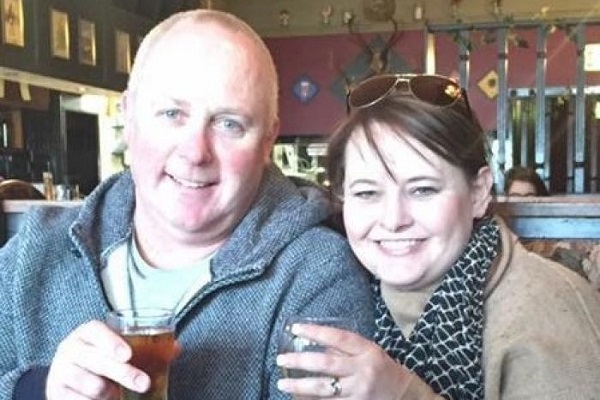 The family of the man who died after falling from an allegedly faulty zip line attraction in Far North Queensland in October 2019 has launched a multi-million-dollar lawsuit against parties responsible for the attraction.

His wife Shannon Sanderson - who was in a separate harness but launched at the same time - also fell approximately 10 metres from the zip line but survived, despite seriously injuries.

Shannon Sanderson and her son Bailey have filed a claim at the Supreme Court in Cairns against the company, which is now in liquidation, as well as engineering company EDMS Pty Ltd.

They are seeking more than $1.8 million for the father-of-three’s death and a further $624,000 for Shannon Sanderson's personal injuries.

As reported by ABC Far North, the claim states Jungle Surfing Canopy Tour's negligence led to the death of the fatality.

It said the zip-line failed because it slipped through the wire rope grips at the connection point of the zip-line to a structure known as the ‘grandstand’, a landing platform installed by EDMS.

The claim states the wire rope grips were not adequate to use at that particular point.

The South Australian family had been holidaying in the area when the tragedy occurred. 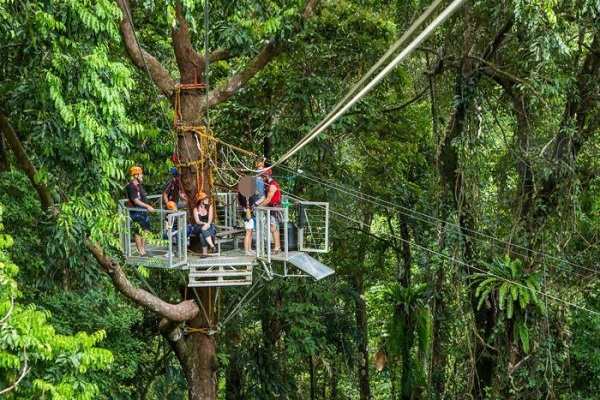 Witness Mardi Liebelt, from Hervey Bay, told the ABC at the time she was behind the couple and about to take her turn when she said the line snapped.

Liebelt stated “the twang when the zip-line came back up made an awful noise, then there was just silence for what seemed like forever.

"And then the lady was just screaming for help, a terrible blood-curdling scream that I never wish to hear again.

"There was a gentleman who had just gone across the zip-line, as a customer, he was a paramedic and so he got down and went to help.

"He managed to revive him for a while but he (the victim) died because of massive head trauma."

After the incident it released a statement that read “(our) thoughts continue to be with the families and friends that have been affected by the tragic accident.

"We have fought long and hard to get the business up and running but after the COVID-19 pandemic it has become financially impossible for us to continue and reinstate the zip-line tour."

The company was placed in liquidation earlier this year.