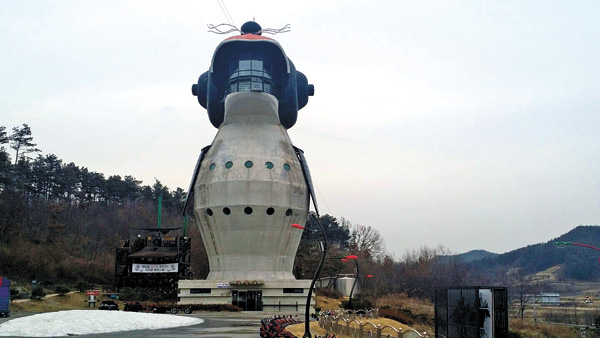 The death of 12-year-old boy following a 24 metre fall from the starting platform of a zip line in North Chungcheong Korea has raised concerns about Korea’s lack of safety standards for recreation activities.

Media reports refer to local police's belief that an employee at the zip line, a 23-year-old university student, didn’t properly attach the victim’s harness to the pulley.

A police spokersperson stated "we believe the employee did not do his job, which is to attach the pulley to the rider’s harness before the jump.

“The employee stated in the investigation that he thought he connected the wire to the boy before he departed.”

The operator of the park immediately suspended operations and took the boy to a nearby hospital, but the victim died of excessive bleeding later that day.

Media reports suggest that police are planning to charge the employee for involuntary manslaughter due to professional negligence, while they investigate other kinds of negligence in the operation and maintenance of the park.

The privately operated zip line attraction is located in a park area owned by the Boeun County Government.

The accident quickly raised concerns over a range of adventure and recreation activities in Korea, with zip lines operations and related activities like bungy jumping not being subject to any regulations in their being built or the safety of their operations.

With around 50 zip line courses in Korea operators are recommended to follow the guidelines of the U.S.-based Association for Challenge Course Technology, but they are not legally bound to.

A police spokesperson added “local governments are not bound to carry out safety checks on those facilities.

“They aren’t doing anything about the safety of those facilities but merely let the operators check safety matters on their own.”

In March last year, a 34-year-old woman died after she dropped 45 meters from a bungy jumping platform into a river because she wasn’t properly attached to the cord in Gapyeong, Gyeonggi.

In September, a bungy cord came loose from a bungy stand in Cheongpyeong, Gyeonggi, during a jump. Fortunately, the jumper landed in a lake and suffered only minor injuries.

Image shows the tower from which the Boeun zip line operates.