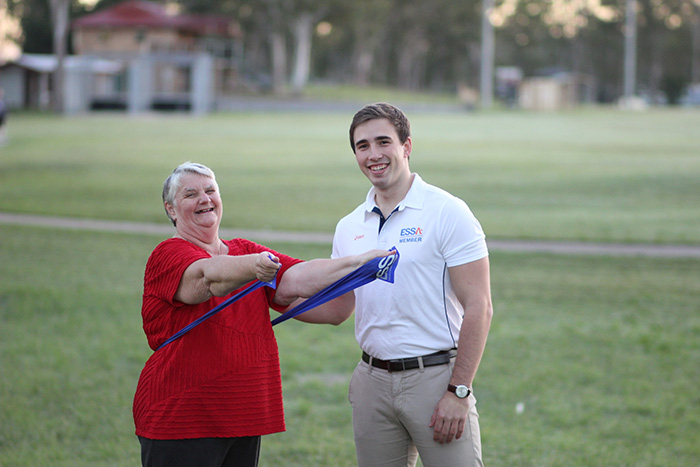 Older Australians’ access to exercise classes run by tertiary-qualified professionals trained in exercise have received a significant boost with an announcement from the Federal Minister for Sport, Senator Bridget McKenzie and Federal Minister for Senior Australians and Aged Care, Ken Wyatt of a $1.838 million grant for Exercise and Sports Science Australia (ESSA)’s Exercise Right for Active Ageing program.

"It will be a game changer in accelerating older Australians’ understanding of the role exercise plays in active ageing and maintaining and improving their health and independence.”

Commenting on the funding, Minister McKenzie added “the breadth of ESSA’s program appealed to me due to its focus on over 16,000 older Australians from regional, rural and remote areas – more specifically, farm men and women and farm workers, women aged 75 and over and those receiving Home Care Packages.

“It's great that ESSA recognises the importance of providing access to exercise and physical activity to those Australians in rural and regional areas, using Telehealth services.”

Minister Wyatt noted, “ESSA’s program is ideally placed to reduce the progression of chronic diseases and the risk of falls. It will give older Australians more choices for a longer, healthier life, as increasing numbers of us live to 100 and beyond.”

With an ageing population and only one quarter of Australians over 65 meeting the national physical activity guidelines of 30 minutes activity per day, ESSA’s program supports the Government’s National Sport Plan’s (Sport 2030) focus on movement for life and securing healthier, happier futures for all.

ESSA is among 27 organisations to share a Federal Government investment of $22.9 million in the Move It Aus Better Ageing Grants which focus on helping inactive Australians aged 65 and older move more often and become more socially connected.