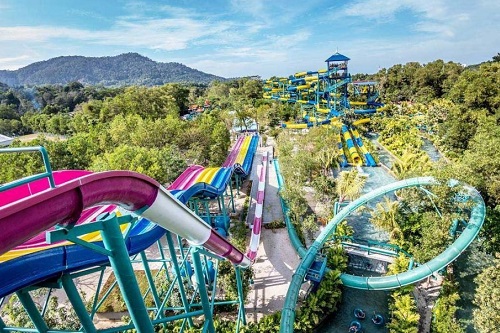 Based in Dubai and Malaysia, Sim Leisure has consulted, designed, built and operated parks and attractions since 1993, including Ski Dubai, Bollywood Dubai, Motiongate Dubai, Universal Studios Singapore and Legoland in Denmark and Malaysia.

The attraction avoids intense rides and instead seeks to recreate simple pleasures children used to enjoy in a natural environment, according to Sim Leisure founder and Chief Executive Sim Choo Kheng, who grew up climbing trees and splashing in the river during his childhood in a village in Penang.

As reported by Arabian Business, Sim aims for the sale of new and existing shares to raise about S$10 million (US$7.2 million) to S$12 million.

Proceeds from the deal, which could take place by January, will be used to fund a new park in eastern China’s Shandong province.

Escape Penang, which Sim opened in 2012 using 8 million ringgit (US$1.9 million) of his savings, drew about 150,000 visitors last year and had 9 million ringgit of revenue

Sim plans to start work on a second Escape theme park in Shandong in February.