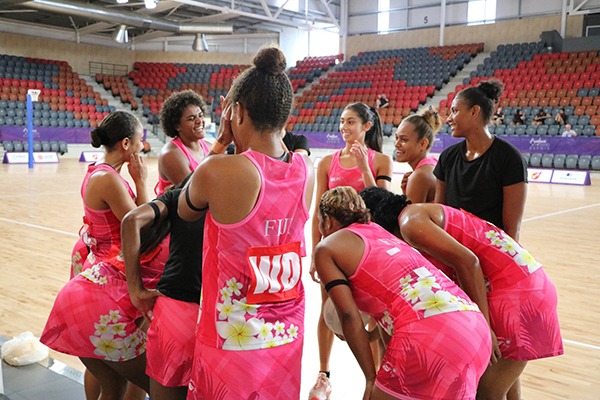 Netball Australia’s partnership with the Department of Foreign Affairs and Trade (DFAT) will continue through to June 2023 in order to support the Pacific Women’s Sports Administration Program.

As a predominantly female participated sport across the Pacific, the primary focus of the program is to create avenues for women’s leadership in netball and to enable associations to advance women in decision-making roles.

Netball Australia will support the volunteer base of each organisation to grow, with female participation highly encouraged. This will mean more paid positions for women in each organisation, and more opportunities for staff and volunteers to learn and develop technical and leadership skills.

The program will work to promote gender equality, leadership and economic opportunities and livelihoods for women across the region. In providing more resources and training to partner countries, it is a goal to reduce barriers to female participation and increase the safety to participate.

Netball Australia Executive General Manager of Community Product and Market Development Melonie Lowe said she looked forward to seeing female leadership opportunities expand in the Pacific regions and seeing the Pacific Women’s Sports Administration Program objectives realised, advising “our game is about opportunity for growth, and we are excited to be further supporting our partner counties with a program that will complement the work being done in the PacificAus Sport and Team Up programs.

“Increasing the number of women in decision-making roles in these Pacific organisations will only strengthen our sport and encourage higher participation in safe, inclusive netball competitions.”

Explaining that the program will empower associations to reach out to netball communities in vulnerable areas with clinics and skill training, Netball Samoa Chief Executive, Rosemarie Esera noted “for our netball community, this program means longevity for our sports sector and the sustainable growth of our Association based on the best practices of good governance and management skills.

“For me as CEO, it will empower my existing staff and assist me with getting the right people for new roles through a robust recruitment and selection process. It will also support me with policies and procedures for the office operations to review techniques and ensure they are current and in the context of our environment.”

“We will now have a formal organisation that will deliver programs in a structured and efficient manner and, most importantly, netball will gain recognition from the Government of Papua New Guinea and the private sector.”