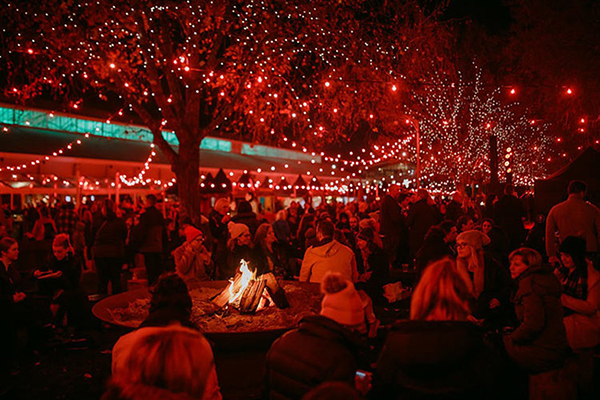 The City of Hobart and Tasmanian Government are once again lending its support to the Dark Mofo festival in 2021 however Dark Mofo's creative director Leigh Carmichael has questioned the festival’s future.

City of Hobart staff are providing a wealth of expertise to ensure the festival runs smoothly. As part of the 2021 sponsorship agreement, the City of Hobart is supporting the Winter Feast with kitchens and tables and other festival equipment. They are also providing the following venue support:

Tasmania Minister for Hospitality and Events, Sarah Courtney advises “Dark Mofo has been a cultural beacon in Tasmania since its inception in 2013, bringing locals out of hibernation and attracting visitors to the state in the traditionally quiet winter months.

The Tasmanian Government supports this iconic festival with a funding agreement which provides $10.5 million over five years to 2021.

Minister Courtney added “after being cancelled in 2020 due to the impacts of COVID-19, I am delighted that this year’s event will return in spectacular style.

“Dark Mofo is one of Tasmania’s most popular annual events, demonstrating year on year growth, and provides a significant injection for not only Tasmania’s tourism and hospitality industries, but for local service providers for contracts relating to production, construction and labour hire.”

However as reported in the ABC, the future of the Dark Mofo festival remains uncertain with late on Tuesday, Tasmania's public health director Mark Veitch confirming the state would not ease its borders with greater Melbourne in time for the week-long winter festival.

Typically, interstate tourists make up 65% of all ticket sales and about 80% of those are solely purchased by travellers from Melbourne.

Before COVID, ticket sales from Melbourne tourists alone generated around $2 million in revenue for the festival, which in 2019 made a total of $11 million — some $8 million more since it first began in 2013.

Dark Mofo's creative director Leigh Carmichael said in a statement "as a response to COVID-19 restrictions, we have radically reduced the number of ticketed shows and reduced the risk in the event of border closures.We have focused more heavily on the free art program, which has more flexibility around date changes."

Carmichael said he expects the festival to be "probably OK" despite missing its typical Melbourne crowds and added "It's always firstly and foremost been a festival for Tasmanian people to celebrate winter, and the longest night of the year in Australia."

When asked how Dark Mofo's future was looking, Carmichael said the festival in its current format was under review.