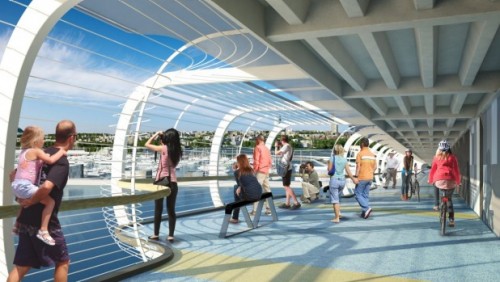 The Auckland SkyPath, a project that will add a walking and cycling path to the underside of the Auckland Harbour Bridge, has been has been given the go-ahead after a unanimous decision at today’s Auckland Council Finance and Performance Committee.

Auckland Council has agreed that the $33 million SkyPath should be funded by a public-private partnership (PPP), with Council underwriting the project to an agreed level.

Auckland Mayor Len Brown says SkyPath is a uniting project that brings Auckland together, stating "in a short space of time we have made Auckland a cycle city – and this is the vital link for walkers and cyclists.”

The partnership with H.R.L Morrison and Co’s Public Infrastructure Partnership Fund (the PIP Fund) is set to be the first of its kind for significant infrastructure in Auckland by the Council. 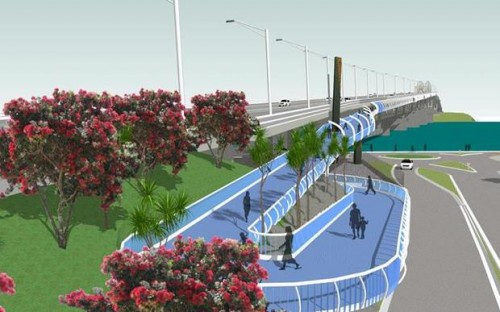 The public private partnership means construction, operation and maintenance of SkyPath would be financed and delivered by the PIP Fund for the contract period and there would be an admission charge for users of SkyPath.

Apparently considered since the Harbour Bridge was built in the 1950s, the path will be a tube-like structure suspended beneath the Bridge.

Images: How the SkyPath will look when complete (top) and a CAD image of the southern access to the SkyPath.