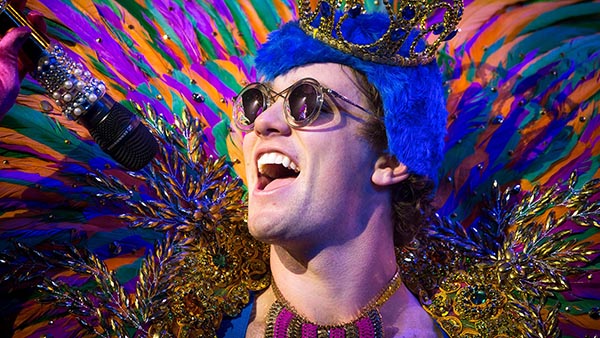 Concept designs by Athfield Architects are underway for the new Court Theatre to be built in Christchurch’s Performing Arts Precinct.

The new theatre - to be built on the corner of Colombo Street and Gloucester Street - will include a 360-seat main playhouse auditorium, a studio theatre and front-of-house and back-stage facilities.

The concept design, which is the first stage of the design process, is expected to take about 14 weeks. The construction of the new Court Theatre is expected to begin in early 2022 and it is due to open in late 2023.

The Council is committing $30 million towards the development of the Performing Arts Precinct, which includes the construction of The Court Theatre, a public realm area and landscaping.

Christchurch City Council Principal Advisor, Citizens and Community, Brent Smith notes that the Council has developed a strong partnership with The Court Theatre and both organisations are excited about taking this next step.

Smith advises “the Christchurch Central Recovery Plan identified the need to find a home for The Court Theatre within the Performing Arts Precinct.

“The Court is highly respected and valued for its longstanding commitment to the performing arts in Christchurch. Its new home will be an asset to the central city, and key to the Performing Arts Precinct’s success.

“We’ve been working with The Court Theatre for a number of years now and we’re looking forward to this close relationship delivering a world-class theatre that will draw people to the central city, and be a place where performing artists can flourish.”

Van der Pol advises “over this long time period we have worked solidly alongside the Council project teams to bring about an agreement that will see us resident in the central city.

“We extend our thanks to Mayor Lianne Dalziel and everyone involved, and look forward to beginning to build our world-class theatre.”

“Now, with this partnership with the Council, we look forward to our next 50 years in our new home, bringing live theatre to Cantabrians and tourists, creating the heart of the arts in our city.”

Athfield Architects Principal Jon Rennie says he is looking forward to working with The Court Theatre, the Council and the wider consultant team.

“The team at Athfield Architects is delighted to be involved in this significant and vital project for The Court Theatre, the Performing Arts Precinct, Christchurch, and, in turn, New Zealand theatre.

“Our team includes New Zealand architects who have designed performing arts spaces overseas and so to have the opportunity to deliver a facility for our own community is a dream come true. We look forward to opening night.”

The funding for the precinct was set aside in the Council’s Long Term Plan 2018-2028.

The Court will fund the fit-out of its new facility and the Crown has provided the land under the terms of the global settlement agreement with the Council.