Christchurch’s Court Theatre recognised for opening its doors to diversity 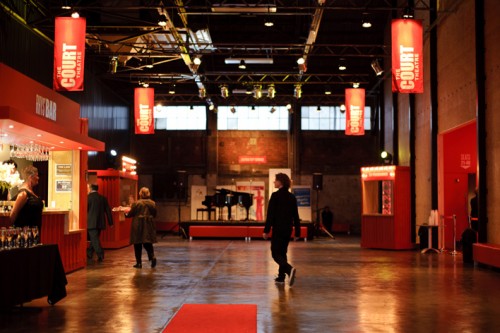 The Court Theatre’s focus on working with communities and opening its doors to new, diverse audiences in Christchurch was recognised in Parliament last week when it received the Arts Access Creative New Zealand Arts for All Award 2017.

The Arts Access Awards 2017, held in the Banquet Hall of Parliament, celebrate the achievements of individuals and organisations providing opportunities for people with limited access to engage with the arts as artists and audience members.

Judging panel member Stephen Wainwright, Chief Executive of Creative New Zealand, applauded The Court Theatre for its “outstanding efforts” as a champion of inclusion and theatre for everyone.

Wainwright stated “from front-of-house and discounted tickets through to its programming and community outreach, the company is building new audiences and making theatre accessible to all Cantabrians.”.

In 2016, The Court Theatre improved its accessibility by introducing “relaxed” performances for all children’s shows. These performances are designed to welcome people who benefit from a more relaxed performance environment, including people on the Autism Spectrum, or with sensory or learning disability.

After extensive consultation with Autism NZ, the theatre held its first relaxed performance in July 2016. Each performance comes with a show pack to help families prepare for the event. Earlier this year, there was a relaxed performance of The Curious Incident of the Dog in Night-Time, which features a lead character with autism. It included a complementary education programme to increase the public’s understanding of autism.

The Court Theatre also works in partnership with Dementia Canterbury to deliver a targeted theatre and storytelling programme for people living with dementia in Canterbury.

Other measures to make the venue more accessible include support rails, discounted tickets, a hearing loop and headsets in the auditorium, and the recording of accessibility information of regular patrons.

The Court Theatre is a member of the Arts For All Canterbury Network, facilitated by Arts Access Aotearoa. There are four other regional Arts For All Networks in Otago, Wellington, Taranaki and Auckland.

• Orchestra Wellington, for developing an accessibility policy; engaging with the blind community to provide audio described performances; and building partnerships to help achieve its objective of being the most accessible orchestra in New Zealand.

Executive Director Richard Benge said the Arts For All Networks, which Arts Access Aotearoa established in 2011, had resulted in a dramatic increase in the number of accessible arts and cultural events in New Zealand.

“These were driven by Network members who, like The Court Theatre, Tim Bray Productions and Orchestra Wellington, are passionate about accessibility.”

With one in four people in New Zealand - more than one million - living with a disability or impairment that impacts on their daily lives, Benge added “that’s a lot of people, who all have the right to enjoy the arts as artists, participants, audience members and gallery visitors.”