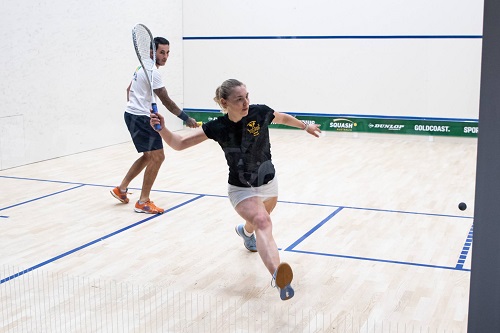 The opening of the National Squash Centre at Carrara on the Gold Coast over the weekend marks an important step in the resurgence of the sport according to Squash Australia Chief Executive Richard Vaughan.

Vaughan sees that “the National Squash Centre at Carrara is an amazing legacy outcome for the Gold Coast and Queensland.

“The Gold Coast will now be home to the Squash Australia High Performance program, host national events and over the next five years host multiple world championship events with the first being the World Coaches Conference this weekend at the Carrara complex, followed by the World Doubles Championships in June 2019 and the World Junior Championships in July 2020.”

Following the success of the Commonwealth Games, the six courts that make up the facility have been relocated to form the National Squash Centre within the Carrara Indoor Sports Centre.

Used during the Gold Coast Games, the courts were transferred to the Carrara facility as a Commonwealth Games legacy project that will see Squash Australia’s High Performance projects and major events being held on the Gold Coast.

Squash Australia President David Mandel sees that the new facility comes at an important time for the sport. 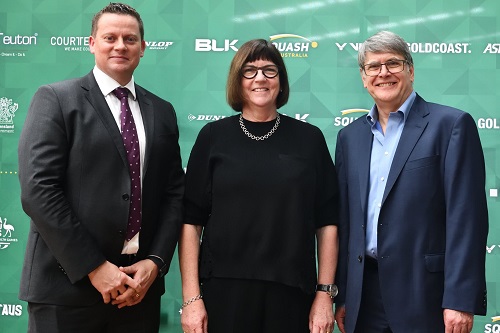 Mandel advised “the Centre opens at a time when Australians are falling in love with the sport once again, with now 185,000 players active, according to data supplied by Sport Australia - a 75% increase over the past three years.”

Queensland Minister for the Commonwealth Games Kate Jones says the courts were among more than 20,000 assets gifted back to the community under the Sports Assets Legacy Program.

Minister Jones added “our future squash stars now have the opportunity to play on the same courts which proved successful for Australia’s men’s doubles and mixed doubles teams, with both claiming gold at the Commonwealth Games.”

The National Squash Centre is a non-for-profit facility based within the City of Gold Coast’s Carrara Sports Complex. The Centre will be the home of Australian Squash, will host major World/National completions and will be a driver of physical activity and wellbeing in the local community.

Dubbed the “world's healthiest sport” (by Forbes magazine), the Centre will have a range of activities to get the community active with the Pop Up Squash, Cardio Squash and Social Squash programs. There is a specific focus on children through programs such as Hits and Giggles, Oz Squash and their interaction with our Sporting Schools Program.