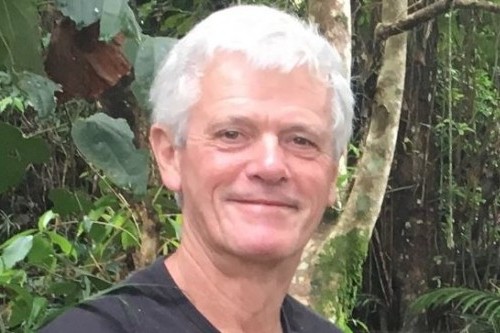 Committed lifesaver Colin Hassell has been appointed President of the Royal Life Saving Society Western Australia for a two-year term.

A life member of Royal Life Saving WA, Hassell was appointed to the role last month.

Speaking of his commitment to water safety, Hassell explains “I got very passionate about teaching children how to swim from a very young age.

"To impart the fun and enjoyment that I got out of water but recognising there’s also a safety element there. I wanted children to be water wise and water safe as soon as possible.”

That passion came from a spate of drownings in his home town of Guildford in the UK.

He recalls “drowning was going through the roof and as a group of people we were saying we can do something about this. So Royal Life Saving Society in the UK then formed a branch that looked at inland waterways; in particular rivers and open water space, and started patrolling those as volunteer lifeguards. That’s how I really got involved.”

Hassell has been a long serving member of Royal Life Saving Board of Directors and is a well-respected member of the Western Australian aquatics industry.

His focus is simple: “I want to help reduce the number of toddler drownings; that’s my number one passion. Back in 1979, I formed an organisation to look after children who have disabilities, and many of those were a result of non fatal drownings.

“That’s really why I’m so passionate about trying to reduce drowning: because the tragedy of losing a child is one thing, but the aftermath of somebody who had a non fatal drowning is quite significant for the rest of their life.”

Hassell is also committed to the Keep Watch initiative, believing that its message is crucial.

He adds “there can be no substitute for supervision. You can put as many barriers in the way as you like but young children being children they will find a way.

“I would really advocate for all parents, even before you become a parent, to understand not only resuscitation but also lifesaving. I can’t imagine the impact losing a child would have on family and friends, so learn those basic skills and make sure you know where your child is.”

On his new role, Hassell is looking forward to guiding Royal Life Saving toward the achievement of its 2020 Strategic Plan, driving innovation and seeking positive change with his fellow directors.

He concludes “it is a privilege to lead the Royal Life Saving Society on behalf of all our Members. We are such a diverse network of volunteers, community trainers and supporters.

“Most importantly we are an inclusive Society, committed to the ideal that everyone can be a lifesaver and we welcome others to join us”.

Royal Life Saving WA has also appointed s pleased to welcome Vaughan Davies to its Board of Directors.

Davies is currently Assistant Director General at the Western Australian Department of Planning Lands and Heritage.