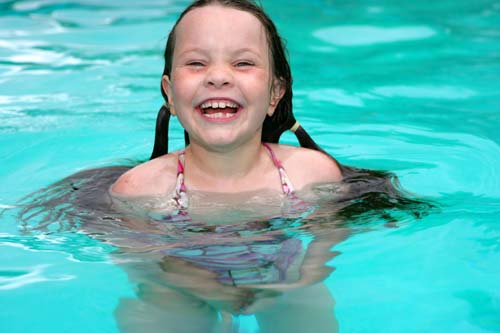 The City of Sydney has approved plans for a state-of-the-art indoor aquatic centre with four separate pools at the new Gunyama Park at Zetland.

The facility will be at the heart of a $440 million urban redevelopment plan for the area that will also include new roads and public parklands for an area that is expected to be home to 40,000 residents by 2030.

An architecture competition will now be held for the aquatic centre and the adjoining 1.6 hectare sports field, similar to the competition held for the Green Square Library and plaza that selected an innovative below-ground design.

Architects are asked to design an aquatic centre with a 50 metre pool, a 25 metre pool, a hydrotherapy pool and indoor water play area for children alongside the new Gunyama Park, which will include a children's playground and outdoor gym, as well as the multi-purpose playing field.

Lord Mayor Clover Moore says the facilities would be a boon for the growing community of Green Square residents, providing recreation and sporting facilities for people of all ages, stating "Green Square is the fastest growing part of Sydney and we are working hard to provide the facilities needed to build a vibrant community where people can work, enjoy recreations and raise their families.

"The new aquatic centre will serve all members of the community, with water play areas for children, 25 and 50 metre pools for lap swimmers and those improving their swimming skills and a hydrotherapy pool for people recovering from injuries."

Architects are invited to submit their concepts for the aquatic centre and park early in 2014, with the two-stage process endorsed by the Australian Institute of Architects to conclude about six months later.

Green Square is located just 4 kilometres south of the Sydney CBD, and is one of the fastest growing urban redevelopment areas in the country. It is expected that 53,000 people will be living there by 2030.

Construction is expected to take at least two years, allowing the centre and park to open in 2018.

It will be the council area's sixth pool complex, following the revamp of Prince Alfred Park Pool in Surry Hills, which opened in May following a series of delays.

Images of the proposed aquatic centre and park are indicative.

For more information go to www.cityofsydney.nsw.gov.au/development/major-developments/green-square