Christchurch’s ‘grand old lady’ is back 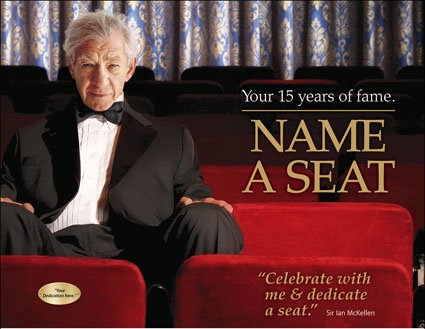 Engineered to be immune to future earthquakes and equipped with new lush interiors and technology, the reopening of the Isaac Theatre Royal signifies a major positive milestone in the post-earthquke recovery of Christchurch.

Isaac Theatre Royal Chief Executive Neil Cox explains "we have done it, we got there, we thank many, many people and (personally) I could not have done this without knowing all of (the industry has been) backing us, keeping in touch, keeping positive and keeping the faith throughout for the Isaac Theatre Royal."

Through the intense $40 million rebuild project and fundraising drive which raised over $16 million, Cox adds "we have a last bit of funding to tidy up over the next few months through very rewarding and collaborative initiatives to give something back to our many friends and supporters."

With the Christchurch Earthquake Appeal Trust having agreed to up match “$-for-$ up to $500,000” the Theatre's current Name A Seat campaign, Cox asks "please become a long-term part of our reopening and our theatrical years ahead by Naming A Seat, and be assured that what you donate through your seat plaque will be doubled."

For this final piece of fundraising Isaac Theatre Royal friend Sir Ian McKellen remains the ‘face’ of the campaign.

For more information on the Isaac Theatre Royal's Name A Seat campaign go to www.isaactheatreroyal.co.nz/name-a-seat

Click here to view some of the many media stories on the reopened Isaac Theatre Royal over the last month.

Neil Cox wrote on the rebuilding of the Isaac Theatre Royal in the July/August 2014 issue of Australasian Leisure Management.