China plans to use sporting events to boost remote regions 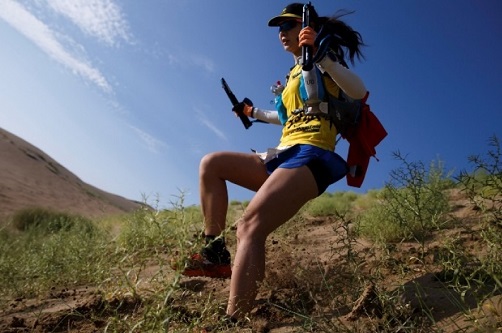 As part of a nationwide drive to use sport and recreation events to boost remote economies, the Chinese Government is looking designate 1,000 ‘sport and leisure speciality’ towns by 2020.

With marathon, endurance and related events becoming increasingly popular among Chinese participants as well as international competitors, the potential of communities in remote mountainous regions to become host venues for such events is being backed by the authorities and business.

In Longyangxia, a small town of about 3,000 people, next to the Longyangxia Reservoir on the Qinghai-Tibetan plateau, more that 1.6 billion yuan (US$200 million), much of it from private sources, has been invested into bike tracks, scenic areas and refurbished hotels in an attempt to lure sporty travellers over the past decade.

The base for the first Super Salmon 100 kilometre Ultra-Marathon Challenge, Longyangxia welcomed over 500 runners, filling the town's lone hotel for 300 yuan per night, with some guests staying for a few days after the event.

Overall, the Challenge, other events and active tourists have brought 10,000 visitors to the lake so far this year, already double the total for 2017.

Designated at ‘sport and leisure speciality’ town by the National Sports Bureau in 2017, Longyangxia is currently one of 100 recognised with that designation

The growth of the sector - there were about 250 marathon and endurance races in the first half of this year, compared with fewer than 30 in all of 2015 - has also stimulated the interest of specialist sports apparel brands that want to tap into the Chinese market.

China net sales at Amer Sports Oyj, which owns the world's biggest trail-running brand, Salomon, rose 23% in the first half this year, compared with a gain of 13% in 2017.

Anthony Marguet, China Commercial Manager at Salomon stated “our goal today at Salomon is to catch and to convert all the people that are running today in China," adding that he expects the number of trail runners in China, currently about 150,000, to almost triple in the next five years.

China's General Administration of Sports forecasts 10 million runners will take part in domestic races annually by 2020, when the size of the industry will exceed 120 billion yuan (US$17 billion).

Image: A competitor in the Super Salmon 100 kilometre Ultra-Marathon Challenge.