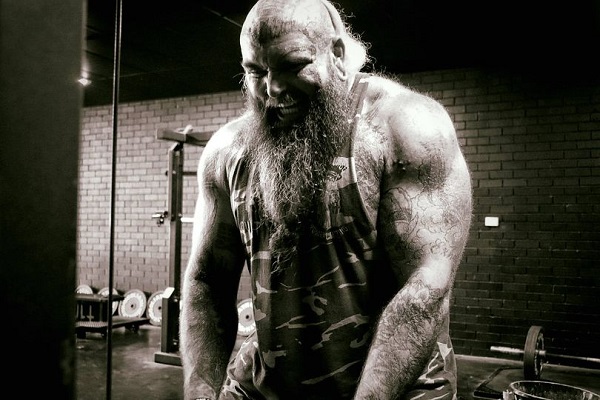 Rhyss Keane, a gym owner on the NSW Central Coast, has been in the news over recent days for reportedly ignoring NSW COVID-19 lockdown rules and threatening a Channel 9 reporter.

Keane, who operates the Pale Horse Powerlifting studio at Wyoming on the NSW Central Coast, has, according to a NSW Police statement, been issued with a $1,000 personal infringement notice for failing to comply with a NSW Public Health Order and continuing to operate his gym.

NSW Police said they observed a man - understood to be Rhyss Keane - with two other people within the premises of the Wyoming gym last Wednesday.

Under the NSW's current lockdown restrictions, gyms in Greater Sydney including the Central Coast, must remain closed, but outdoor exercise in groups of two is permitted.

Questioned about this by a reporter from Nine’s A Current Affair in a segment broadcast last night over remaining open during lockdown, Keane called a the reporter a “dog” who he would “f**k up”. 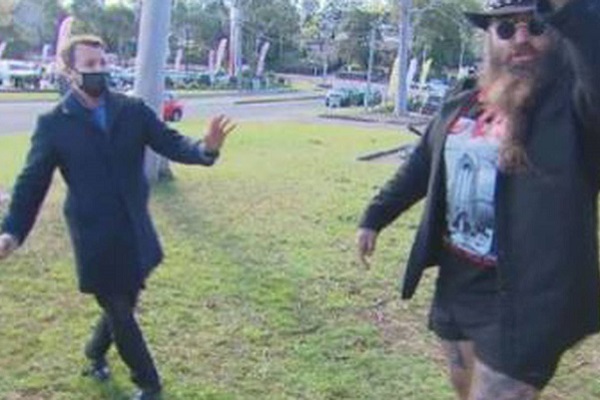 What had started as a calm interview with Nine’s Steven Marshall about his alleged rule-breaking turned ugly within seconds when the reporter pressed Keane on why he hadn’t closed his doors following the NSW Government’s orders.

Keane ordered Marshall to “stand up like a man,” called him a “dog,” said he would “sort out” the journalist and told him to “get the f**k away” or he would “f**k you up”.

In a later Instagram post, Keane said he had become a “little hot headed” and had “snapped” but he was “glad” he had done so and didn’t regret his actions.

While Keane has claimed to media that he is trying to abide by the NSW lockdown rules, his social media pages convey anti-lockdown sentiment and opposition to “oppressive government”.

In one he said he had been keeping his business open “in defiance of ridiculous lockdown rules” while in another he wrote “F**k a lock down, we don’t comply here”.

Another post, from during lockdown, shows him in the gym with eight other people who he said were “outlaws”. However, it was apparent when that photograph was taken. 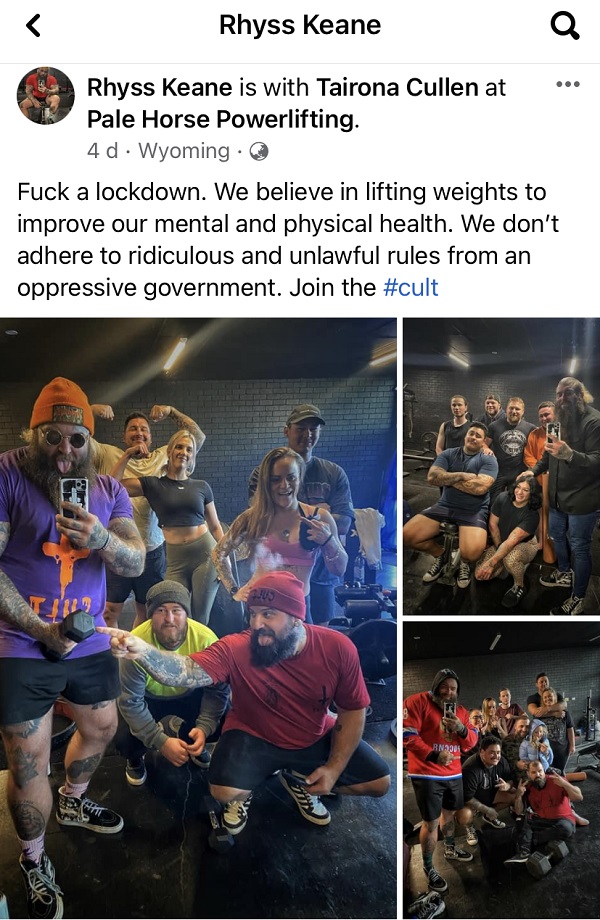 In one video posted last weekend, Keane said he would not stop his clients from wearing face masks but would give them "shit" if they chose to.

Fitness Australia Chief Executive, Barrie Elvish warned against breaking health regulations telling the ABC “we're all suffering (but) we all have to carry our weight here.

"The whole idea of the exercise community, the fitness community, is to look after individuals and the whole community's well being and their general health.

"I don't think breaking regulations is of any assistance in helping anyone to do that."

The heavily tattooed Keane, who has New Zealand nationality, has previously been accused in media reports in 2020 and 2017 of manipulating and seducing teenage clients, and in 2020 claimed he was a satanic 'cult leader’ and pornographic actor.

He describes his Pale Horse Powerlifting gym empire a 'dungeon of strength' and says his extreme workout room is 'more than a gym' - insisting it's a community where members are encouraged to share their mental health struggles.