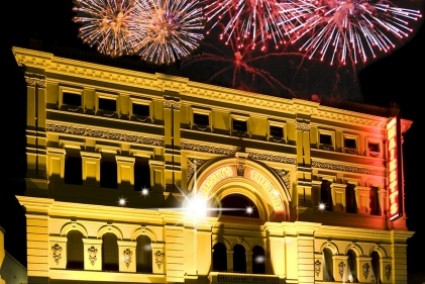 Gautier suggested that the best, and by far the most economical, way forward was to refurbish the aged and deteriorating infrastructure in the city's existing theatres.

"Make no mistake, these are a great set of venues," he wrote, adding "by far the most cost effective option for the city is to get them properly refurbished and fully utilised, before we start thinking about building new ones."

The report, by consultant Elizabeth Raupach, recommends planning for a new 'black box' complex of recital hall and drama spaces, as well as harnessing the Adelaide Entertainment Centre's new hall at Thebarton into a 'high arts' venue.

In her report, Raupach lists a series of technical and functional shortcomings of the Festival Centre complex.

She also pointed out that the spaces are prohibitively expensive for most local companies, which cannot afford the front of house and technical staff, let alone the venue hire.

Gautier said that since he had taken charge of the Festival Centre four years ago he had been able to build activity from less than 50% to 83% of capacity.

Gautier said an updated Adelaide Festival Centre had a central role to play in the greater riverside recreational precinct.