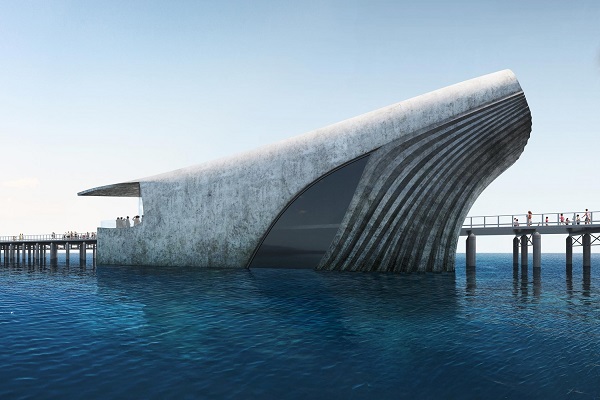 Designs and details of what will be Australia's largest natural marine observatory have been released with an expectation that the new Australian Underwater Discovery Centre, to be built 2 kilometres out to sea at the end of Busselton Jetty in Geographe Bay, will be open by 2023.

With a design mimicking a whale surfacing, the attraction will be positioned partially underwater and feature a large window overlooking the ocean floor.

The aim is for the Centre to become a global marine research hub for scientific investigation as well as a key visitor attraction for the area.

Its development, backed by $13 million in funding from the Australian Government Regional Growth Fund, aims to build on the success of the existing Busselton Jetty Underwater Observatory which opened in 2003.

The original observatory was only able to house 44 visitors an hour so the brief given to British design firm Baca Architects, was to offer an iconic building that could handle large visitor numbers as well as provide more extensive research facilities. The centre also hopes to educate the wider public about the effects of climate change on the oceans. 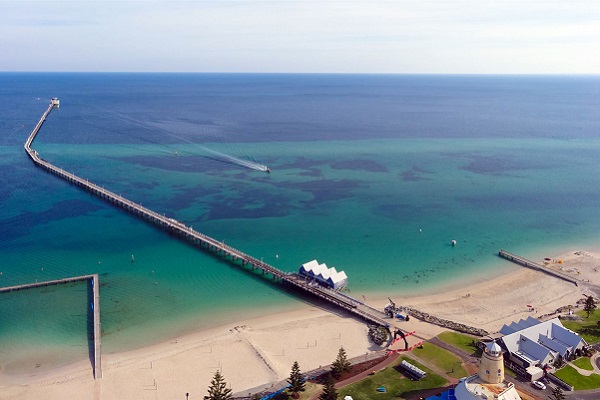 The new marine observatory’s ‘Cetacean’ design was one of three that Baca produced - the others were a ship-shaped structure named Voyage and the Rock, inspired by Castle Rock in Western Australia.

The local population chose the final design, following a series of consultation events. The commission came from marine contractor Subcon which specialises in restoring existing reefs and creating new ones. CoreMarine Engineering is also involved in the build.

The observatory will be built of concrete with a water heat exchange system for stabilising internal temperatures. A porous form of concrete will be used across the exterior of the building - its bioreceptive properties encourage the growth of barnacles.

Visitors will be able to explore a number of galleries and exhibition areas above sea level. They will then descend below sea level to discover the observatory at the level of the ocean floor. Glass windows offer views above and below the water with the centrepiece a structural glass window extending the height of the building - the ‘Cetacean’s Eye’. 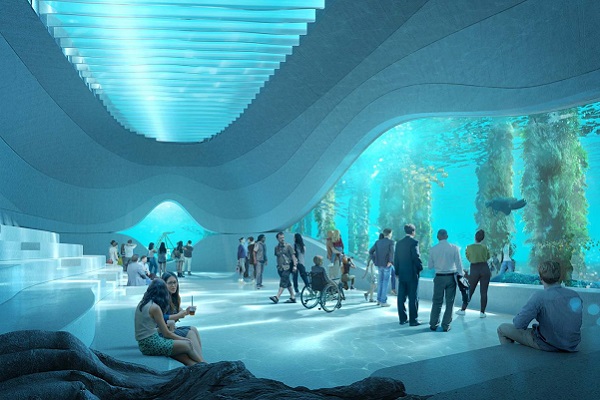 A seabed level restaurant lets visitors watch the life of the bay. It will also offer a relaxed viewing point for sculptures on the ocean floor. Baca also promises an ‘underwater trail’.

Barry House, Chairman of Busselton Jetty, explains “this is as authentic as it gets because people are in the tank and the fish are looking in.

Busselton Jetty has been described as Australian’s greatest artificial reef. It is home to over 300 different marine species, including tropical and sub-tropical corals, unusual for its latitude of 33 degrees south.

Images: The unique design of the Australian Underwater Discovery Centre (top), Busselton Jetty (middle) and a gallery in the Centre. Credit: Baca Architects