Board diversity a key to sport management and funding 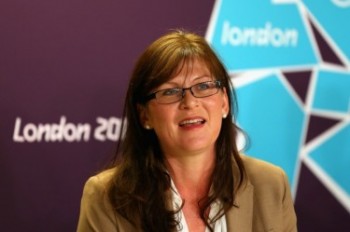 Australian sport organisations that do not include women in their governance structures could lose their funding from the Australian Sports Commission.

Speaking at last week's UN Women and Australian Rugby Union (ARU) women's lunch in Sydney, her first speech since returning from the Olympics, Senator Lundy's demand called for better governance of Australian sport, stating "those sports that will grow, those sports that earn the right for our investment, will increasingly be able to demonstrate their strength in governance."

Emphasising that funding for sport is not the problem, an assessment with which the Australian Olympic Committee (AOC) agrees, Senator Lundy added "the challenge is spending it effectively. This was reinforced by AOC President John Coates in his comment that our level of success is no longer dependent on funding, as we have addressed that issue.

"A key part of being smarter about our investment will be to ensure our sports are working in a manner most conducive to innovation and success."

According to Senator Lundy, governance issues are hindering performance, who stated "for too long the governance and administration of sport has been seen as a low priority. The behind the scenes activity in many sports is now having a direct impact on their performance where it counts."

Lundy notes that part of the problem may come down to the gender breakdown on Olympic sports boards, adding "the sports world is still vastly under-represented by women in leadership positions, with a direct correlation to the broadcasting of women's sport and its commercialisation.

"The gender breakdown of the boards of Olympic sports is not an area where Australia leads the world.

"Of the sports that recently competed at the Games, two have no women on their boards - swimming and judo. But gender equality is no better in the other Olympic sports: 11 have only one female board member, five have two, four have three and one sport, handball, has five.

"As certain and predictable as the four-year Olympic cycle, now is the opportunity for Olympic sports to reflect on their performances. It is an appropriate time to take stock. As Olympic sports undertake this important reflection, it will be important they take a leaf out of rugby's book, and look at their governance structures."

The ARU, forced into a governance review by the Minister earlier this year, has appointed Ann Sherry to its board as it continues to restructure.

With reference to changes at the ARU, Senator Lundy continued "good governance provides a sound foundation for effective leadership and management practises. Sports organisations exist in a competitive world (and) never before has there been so much competition for audience and participants not only between sports and other pursuits, but also between the sports themselves.

"Given it is the strong that will flourish, it is crucial to the future of Australian sport that our NSOs (National Sport Organisations) demonstrate modern governance: with clear accountability to stakeholders; a board that reflects the diversity of our society; a board that contains the skills needed to run a major commercial enterprise; and a charter to be innovative and creative."

In relation to future funding, Senator Lundy concluded "as certain and predictable as the four year Olympic cycle, now is right time for Olympic sports to reflect on their performances. It is an appropriate time to take stock. As Olympic sports undertake this important reflection, they now also have an opportunity to take a leaf out of Rugby's book and look at their governance structures.

"A key part of being smarter about our investment will be to ...

21st May 2010 - ELLIS RELEASES REPORT ON GENDER, SPORT AND MEDIA