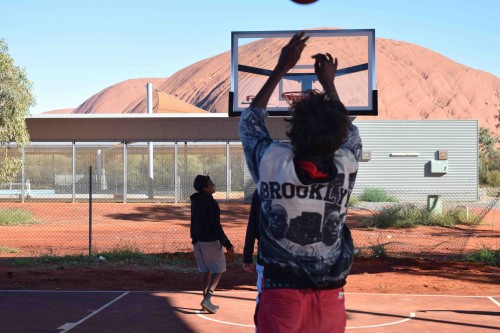 A new basketball facility has opened at the Mutitjulu indigenous community next to Uluru in the Northern Territory.

Completed by Dynamic Sports Facilities and with two donated GOALRILLA basketball hoops the project was handed over to the local community by the NBPA (National Basketball Players Association) and the Australian Olympic Mens Basketball Team at an event earlier this month. 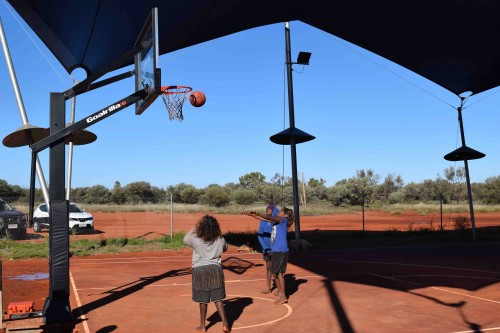 Playing with local children and handing out t-shirts and balls,the Boomers attendance at the opening, held in advance of their heading to the Rio Games, was dubbed an “exercise in inspiration.”

The 18-man squad featured Indigenous superstar and NBA champion Patty Mills, who drove the idea, while squad guard and London Olympian Adam Gibson stated “(this is) a great location for a court.” 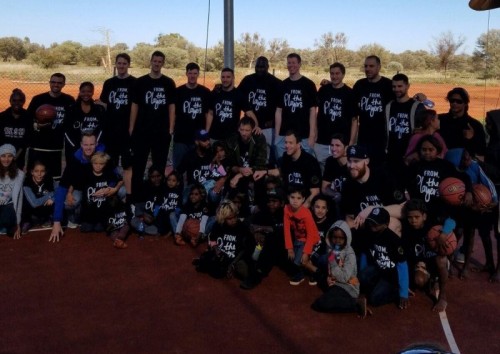 Developing the facility in a remote community presented many challenges to Daryl Merchant and his Dynamic Sports team.

Getting supplies and equipment to the area took several months planning and a series of trips to the community. As an example, one tonne bags of concrete had to be transported 4.5 hours from Alice Springs just to concrete the footings for the basketball systems.

With the help of community coordinator Sid Moore and community members the project was finished on time for the handover.