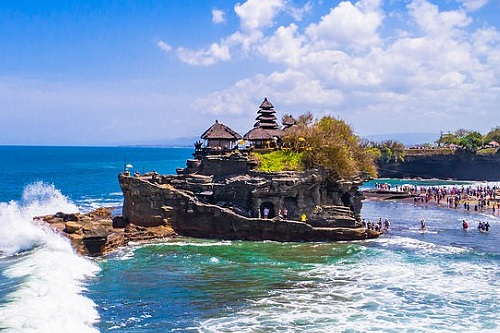 Authorities in Bali are looking at banning tourists from posing in bikinis, doing yoga or any other inappropriate behaviour in front of sacred temples after mounting criticism of the “quality of tourists” visiting the hugely popular Indonesian island.

The move follows a Danish tourist posing for a photograph sitting on the Linggih Padmasana shrine, which drew outrage earlier this month.

The shrine is reserved for the most important deity in Balinese Hinduism, and to sit on it is seen as highly offensive to the faith.

Indonesia has strict blasphemy laws and the Indonesian Hindu Religious Council said they have instructed the police to investigate the Linggih Padmasana shrine incident and find the tourist responsible.

Speking to The Guardian, he advised “this is the Government’s attempt to maintain the Pura.

“The temples need to be reserved since they are the spirits of Bali’s cultures and customs.

“We are too open with tourists - so to many come - and the quality of toursits is now different from before.”

Ace said in the coming weeks authorities would be re-evaluating the system that allows tourists to visit temples unaccompanied.