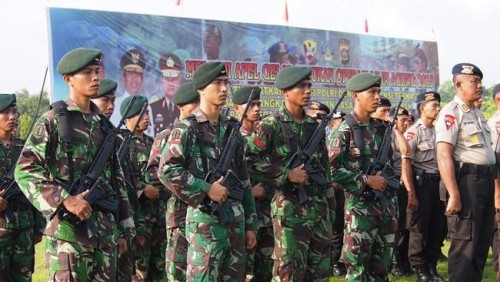 Indonesian authorities in the tourist island of Bali are on high alert amid fears of a potential terrorist attack over the New Year period.

More than 9,000 police will be deployed across Bali on New Year’s Eve, concentrated in areas where terrorists have struck before, following the discovery of an ISIL-inspired group’s plans to strike in Jakarta.

While a series of arrests were made after the discovery of the plot prior to Christmas, undertaken with the help of Australian intelligence, Indonesian Police have identified 13 areas vulnerable to attack, including Bali, Java, central Jakarta, Papua, North Sumatra, East Nusa Tenggara, Maluku and parts of Sulawesi.

Bali’s police chief Inspector General Sugeng Priyanto says that while the popular island was not specifically mentioned but he was taking precautions to ensure visitors are safe over the coming days, with nightspots in Kuta and restaurants in Jimbaran - targets of the 2002 and 2005 bombings that killed 92 Australians – to be subject to special security.

Inspector General Priyanto said Bali’s police are on the highest possible terror alert, stating “we will place 9,528 personnel to secure New Year’s Eve,” adding that a further 1,444 military personnel, security guards and pecalang  community security guards - would back them up.

He explained “our priority is in Seminyak, Kuta, cafes in Jimbaran, Garuda Wisnu Kencana, Sanur and Nusa Dua.

“In those places, we will have selective checking of suspicious people whether they be domestic tourists or foreign tourists. I will secure it to the most secure degree possible.”

Over 150,000 police, military personnel, public order officers and traffic controllers have been deployed across Indonesia to provide security over the holiday period.

Documents seized during the pre Christmas arrests suggested that the terrorists were planning to "do a concert".