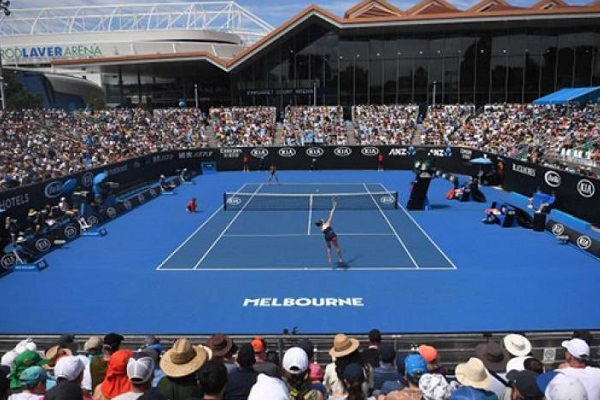 After months of speculation, it has been revealed that next year’s Australian Open will now start as of 8th February.

The date was confirmed in an email from Tennis Australia Chief Executive, Craig Tiley to players, coaches and managers, reported by News Corp Australia.

In the email, Tiley advised that the Victorian Government had agreed to special conditions allowing the players to prepare and train in Melbourne with two weeks of quarantine required prior to the tournament.

This will see the Grand Slam at Melbourne Park, previously scheduled to take place from 18th to 31st January, run from 8th February and run until 21st February.

Tiley’s email advised “it's taken a while, but the great news is it looks like we are going to be able to hold the Australian Open on February 8.

"Players will have to quarantine for two weeks from January 15, but the Victorian Government has agreed to special conditions for Australian Open participants - agreeing that they need to be able to prepare for a Grand Slam.

"There will be strict conditions, but after quarantine, players are free to stay where they want, go where they want, play lead-in matches and then compete in an Australian Open in front of significant crowds in a great Melbourne atmosphere for the first time in many months."

Speaking during a Wednesday press conference, Premier Andrews aid he remained committed to holding the tournament but stated “it can likely be assumed that players will bring the virus here.

“Every other grand slam (is in locations where) cases are running wild … so we are unique in that we’ve built something that no one else has built across the nation… and on that basis, we have to safeguard that, and I think we can.”

As part of the plans, it is reported the players must test negative to COVID-19 on the first day of their isolation in order to be allowed to train, and will then be tested another four times before the start of the Australian Open.

In 2020, the Australian Open was the only one of the four Grand Slams not to be impacted by the coronavirus crisis.

Wimbledon was cancelled, while the French Open and US Open were both postponed but eventually held in bubbles.

The movement of players was restricted in both Paris and New York and they were regularly tested, but did not have to self-isolate for 14 days.

High-profile Australian players including world number one Ashleigh Barty opted against playing in the US Open and French Open.

The 8th February start date might allow for a week of warm-up tournaments after the players emerge from quarantine, but other pre Australian Open tournaments, including the men’s flagship ATP Cup are likely be among the build-up events that have to be scrapped in 2021.