Sport in Australia will tomorrow mark the 40th anniversary of the creation of the Australian Institute of Sport.

Following Australia’s low medal tally at the 1976 Montreal Olympics, the subsequent public backlash led then Prime Minister Malcolm Fraser to set up the Australian Institute of Sport (AIS) in a bid to elevate the nation’s sporting performance.

While there are concerns about its future, AIS Chief Executive, Peter Conde has today released an open letter charting its history and achievements.

As the Australian Institute of Sport turns 40, we can reflect on profound changes to the AIS and Australian sport.

But the intent of the AIS remains the same - to help Australian athletes realise their full potential in both sport and life.

When Prime Minister Malcolm Fraser opened the AIS on January 26, 1981, he declared it a “clear sign that we are no longer going to allow the world to pass us by”.

It was a strong message to Australians and the world that sport matters. Sport influences and inspires our national health, prosperity and culture. It instils great pride in who we are as a nation. It brings us together.

So, in this anniversary year we respect and celebrate the pioneers who fought to establish the AIS, people such as then-Sports Minister Bob Ellicott, inaugural Chair Kevan Gosper and the first Director Don Talbot.

The AIS became the most important factor in the resurgence of Australian sport on the world stage. It revolutionised sport, here and abroad.

Having not won a single gold medal at the 1976 Montreal Olympics, 60% of Australia’s Olympic gold medals have come since the establishment of the AIS in 1981.

The AIS has more broadly influenced the progress and professionalism of Australian sport. In some small way, it helped inspire some of our biggest sporting moments of the past 40 years. Think about: John Aloisi’s goal that returned the Socceroos to the Football World Cup in 2006; Cadel Evans winning the Tour de France in 2011; John Eales kicking Australia to Bledisloe Cup victory in 2000. Think about Cathy Freeman and that race in that Olympics in Sydney 2000.

Singling out athletes is almost unfair. Some 8,858 athletes have been AIS scholarship holders and we continue to support more Australian athletes than ever before.

You are an important part of the AIS story. Memories will no doubt be shared this year with #AIS40

As we should expect, the AIS does things differently now, building on its rich history. Races aren’t won by standing still. Like the pioneers of the early days, we are continually looking for ways to progress the AIS and Australian sport.

In many ways, the modern AIS is evolving to fit the long-term vision first outlined in 1981.

Prime Minister Fraser spoke of ambition to replicate a sport institute in all Australian states and territories, providing greater opportunities for young Australians. 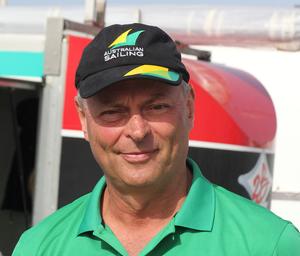 At the opening, Don Talbot said: “It may be in the future that the concept of an Institute of Sport has to be decentralised throughout Australia to provide for everybody. I think when that comes, Australia is well on the way to being a major sporting nation.”

We have united to become the National Institute Network and are positioned to positively influence more Australian athletes than ever before.

The AIS began with 150 athletes in eight sports. The National Institute Network now supports more than 2200 athletes at any one time, all across the country.

The AIS has evolved to help lead this National Institute Network. We invest in sport, we progress sport and we care about the people in sport.

The AIS directly invests more than $145 million a year into 38 high performance sporting organisations and their athletes, including $14 million a year in athlete grants. We have progressed the support for Paralympics athletes, with funding up 40% in the past eight years.

We are partnering with sports to develop emerging athletes and coaching pathways. We are at the forefront of innovation, including research into athlete health and performance. We are exploring new frontiers like artificial intelligence and data analysis.

We still strive to win and we still care about athletes. Our approach to athlete mental health, wellbeing and community engagement is second to none globally. Our Mental Health Referral Network, created in 2018, has expanded and available support almost 2900 people in sport.

The AIS campus in Canberra remains the focal point of our operations, but our facilities have expanded too and are more accessible for athletes across the country.

The AIS originally didn’t have a pool and our first swimmers trained in public outdoor facilities in the Canberra suburb of Deakin.

Very early on in our history the AIS expanded our geographic reach by decentralising programs. AIS hockey has long been in Perth, cycling in Adelaide, diving in Brisbane and sailing in Sydney. A European Training Centre was established in Italy.

The AIS continues to invest in world-class sporting infrastructure for Australian athletes in strategic centres. The AIS helped deliver the $6.5 million water jump in Brisbane for our aspiring winter athletes to train at home. We are investing in an aerodynamic wind tunnel in Adelaide. We have recently re-surfaced the AIS athletics track, widely considered the fastest in Australia, and are now upgrading our recovery facilities.

We have been working with the Australian Government on the potential for future development of AIS facilities in Canberra and make no secret of our ambitions to rejuvenate these to make them once again world-leading and better suited for the next 40 years.

But clearly, the AIS is far more than bricks and mortar.

There is a lot to look forward to over the next decade in particular. Australia will host the women’s world cups of basketball and football in the next two years, while the country considers a Queensland bid for the 2032 Olympic and Paralympic Games.

These are events where sport unites the country - and there is no more important organisation in uniting Australian sport than the AIS.

Significantly, this AIS anniversary falls now in a postponed Olympic and Paralympic year and preparation for these events will dominate our attention.

Thank you to all who have contributed to the AIS history and to all who aspire to be part of its successful future.