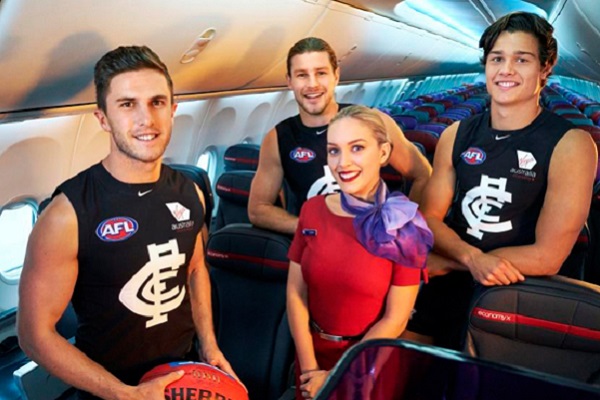 With Virgin Australia today collapsing into voluntary administration as a result of its Coronavirus shutdown and longer-term financial performance, sport and the arts are facing the possibility of significant revenue losses.

The airline has a number of significant sponsorships: with the AFL; with AFL clubs Carlton, Greater Western Sydney and Gold Coast; as naming rights sponsor of the Supercars championship since 2016; as well as with the Australian Chamber Orchestra, Belvoir Street Theatre, Queensland Ballet, Virgin Australia Melbourne Fashion Festival and the Sydney Dance Company.

Virgin Australia’s deals with Supercars and AFL are understood to be significant, with the AFL deal is reportedly worth between $5 million and $10 million per year.

With sponsorship agreements likely to be scrutinised administrators, Virgin Chief Executive, Paul Scurrah stated “we'll work through every one of those contracts as part of administration.

"The AFL is a very important partner of ours and it's important that we have those partners on the other side.

“I know that we have a lot of sponsorships as well in other sports and we'll be looking at all of those as we go forward through the administration."

In a statement, Carlton FC Chief Executive Cain Liddle pledged his club's support for the beleaguered airline, advising “from an economic perspective it would be hard to think of an industry hit harder than the airlines.

"As a club, we will continue to offer our full support to Virgin Australia and their people, who have stood by our side for the past five years and through some very difficult periods for our football club."

Emphasising the value of the sponsorship, Liddle added “our partnership has been one of enormous mutual benefit. In 2019 alone, our Carlton IN Business network delivered more than $5 million worth of business to Virgin Australia. Like our club, Virgin Australia will likely look quite different post COVID-19, but whilst they continue to fly Australian skies, they will always have the unequivocal support of our Club."

With the NRL having committed to restart its competition by the end of May, the AFL is currently looking at when its season will resume.