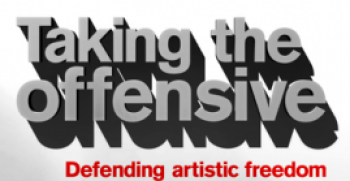 A petition titled 'Australians for Artistic Freedom' is protesting Federal Arts Minister George Brandis’ plan to take $104.8 million from the Australia Council and transfer it to a proposed National Centre for Excellence in the Arts.

Organised by Jacinda Woodhead, Editor of the literary journal Overland, along with arts organisations and the Media Entertainment and Arts Alliance, the petition has already attracted over 3,000 signature from artists, writers, publishers, academics and interested parties.

The petition is planned to be delivered to sitting politicians as part of a larger campaign.

“We the undersigned are shocked to see that the Abbott Government plans to target the creative sector once again in its 2015–16 Budget by massively defunding the Australia Council for the Arts, the national peer-reviewed funding body, and severely reducing the budgets of other cultural organisations.

“Federal Arts Minister George Brandis has announced that he plans to remove $104.8 million from the Australia Council’s budget over the next four years and redirect it to a newly created fund, the ‘National Centre for Excellence in the Arts’. Grants from this new fund will seemingly be decided at the discretion of the Arts Minister of the day.

“It is deeply disturbing for any Minister to attempt to directly control the kinds of culture produced in a democracy that values freedom of expression. We want to continue the Australian tradition of arts funding being independent of any political influence. The Minister himself has previously argued that art will always provoke debate, ‘that’s why we have an arms-length and peer-reviewed structure for the allocation for the funding’. What he now proposes is precisely the opposite.

“In addition to the reallocation of crucial Australia Council funds, the Abbott Government is proposing to cut an additional $3.7 million from the underfunded Screen Australia, and almost $4 million from various national galleries and museums. The Budget will also take $5.2 million from the Australia Council for Creative Partnerships Australia, and $7.3 million in ‘efficiency dividends’. Such ‘savings’ will be met through reduced funding to ArtStart, Capacity Building and Artists-in-Residence programs: three core programs that directly contribute to the development of future arts leaders and provide crucial opportunities for arts practitioners to gain real industry skills: an investment in the ongoing vibrancy and vitality of the arts sector, helping to shape arts leaders such as Fiona Menzies (Creative Partnerships Australia), Sandra Willis (Opera Australia), Beverley Growden (Canberra Glassworks) and Loiu Oppenhiem (Circus Oz). For small-to-medium organisations and independent artists, whose work is absolutely critical to building diversity and encouraging innovation in the sector, this loss of financial support and investment will be devastating.

“Australia does not need a second national arts funding organisation: the Australia Council’s mission is to ‘invest in artistic excellence’ and make art ‘accessible to all Australians’. Indeed, the Council already cultivates a national approach to arts participation, for both audiences and creators. Over its 42-year history, the Australia Council has helped to build and support the careers of artists as diverse as Richard Bell, Fiona Hall, Sonya Hartnett, Alex Miller, Les Murray, Margaret Olley, Archie Roach and Judy Watson. The Council funds a broad range of cultural projects across the country, fostering companies such as the Australian Ballet, Back to Back Theatre, Bangarra Dance Theatre, the Ironwood Chamber Ensemble, Kulcha Multicultural Arts, La Boite Theatre Company and Wodonga’s Hothouse Theatre, as well as programs such as the Creative Indigenous Leaders program, site-specific international development of major operas, regional tours and publications such as Griffith Review.

“Independence is essential to diversity in Australian arts. Indeed, the reason Australian arts are as healthy as they are today is because of our ability to create freely, without intervention by any political party.

“Minister Brandis seems to be under the impression that Australian culture is monolithic – that there is only one way to be a proper Australian artist. The vibrancy and diversity of Australian arts indicate that nothing could be further from the truth. The many small arts organisations across the country - galleries, libraries, theatre groups, performers and publications that are most at risk from funding cuts - are the primary cultivators of Australian culture, fostering the early work of those artists we now celebrate, such as Christos Tsiolkas and Margaret Olley. But small arts organisations are also a merit in and of themselves. They allow millions of diverse individuals to imagine, collaborate and participate in culture-making. Democracy is founded upon reflection, civic participation, and hope. Art provides space for all of this and more.

“This Budget is an enormous blow to the arts community in Australia. It will impoverish Australian culture and society. It will mean loss of livelihood for many arts workers. It will mean many important artworks - works that would inform national debate, expanding the possibilities of this country and its citizens - will simply never be made. In 2011, the arts sector directly employed 531,000 people, and indirectly created another 3.7 million jobs. In 2008–9, the arts contributed $86 billion (7%) to the Australian GDP. Artists are workers and taxpayers, and a vital part of the economy. They are also consumers and lovers of art and culture. They should not be penalised for contributing so passionately to Australia’s cultural ecosystem.

“We call on the Federal Government and Minister for the Arts George Brandis to reverse all proposed cuts to the arts sector, and to cease political interference in the works of creative Australia.

“We ask that you oppose defunding the art sector, particularly smaller organisations and practitioners - that is, a whole generation of artists, writers, publishers, editors, theatre makers, actors, dancers and thinkers across Australia. We ask that you help us to continue building a world where culture and art is possible for everyone.”

For more information or to sign the petition go to www.australianunions.org.au/australians_for_artistic_freedom 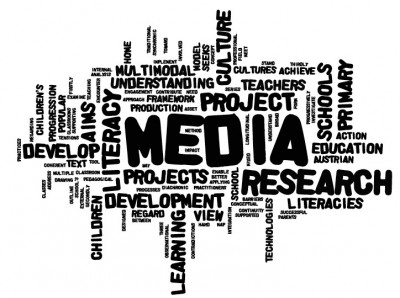