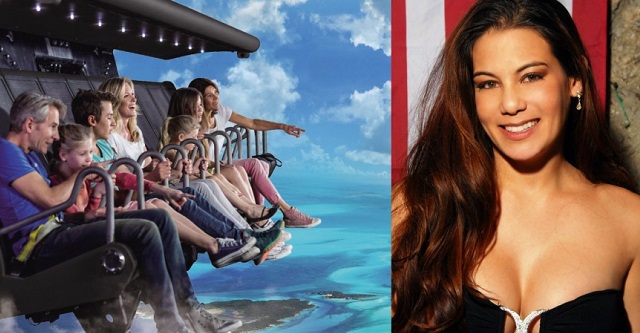 Ardent Leisure is reportedly facing a series of obstacles with the branding of its new ‘flying theatre’ simulator ride at Dreamworld.

Following an abortive attempt to register the name ‘Flyover’, the Parkz rollercoaster enthusiasts website has reported that Dreamworld’s owners have borrowed the name of an American pornographic film star for the branding of the attraction.

Having been prevented from an initial attempt to register the trademark Flyover by Canadian attractions operator Brewster, which already operates rides under that name, Ardent last week commenced a trademark application for the name SkyRyder.

However, the new application may face obstacles as Australian gambling giant Aristocrat holds the trademark for Sky Rider and, according to Richard Wilson on the Parkz website, a Google search “prominently display(s) the profile of Ryder Skye, a pornographic film actress from Los Angeles, California.

“Ms Skye is the star of such notable films as Blow Me Sandwich 14, Cougar Sandwich 2, Bad Milfs and some 89 others listed on her IMDB profile.”

Wilson adds “Ardent Leisure haven't been without missteps over the last year or so, but considering Ms Skye isn't buried in the depths of the search results but rather prominently displayed at the top of the first page - photo and all - it's hard to see how they missed it.”

Set to open for the peak summer season, the new 40-seat ‘flying theatre’ ride will be housed in Dreamworld’s former IMAX theatre. The ride will see passengers taking a virtual journey across Australia, experiencing special effects such as wind, sound, light, mist and scents as they soar through the air.