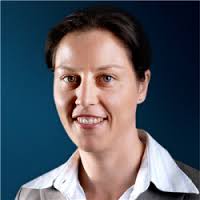 Lynch (pictured), who has been a senior member of Lander & Rogers’  Sports Business Group since 2008, operates a specialist practice in sports law and assists sporting organisations achieve their strategic objectives, both on and off the field. Her clients include professional sports clubs, national and state sporting organisations, major metropolitan racing clubs, venues and international event companies.

She was admitted to practice in 2003 and, prior to joining Lander & Rogers, practised commercial law and held senior roles in investigations bodies.

Commenting on her new role, Lynch stated "I am excited about the greater role I will play in the leadership and direction of our Sports Business Group and about leading a team of fantastic people: Garth Towan, Simon Merritt, Tom Hickey and Simone Cholewick.

“Our team will continue to work together to provide the best commercial and sporting outcomes for our clients across Australia's peak sporting bodies, government departments and professional teams."

4th March 2015 - WORKING TOWARDS EQUALITY AND ELIMINATING DISCRIMINATION IN SPORT