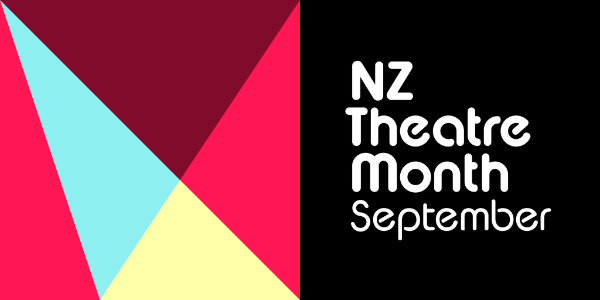 Set to be celebrated throughout September, New Zealand Theatre Month will be celebrated from Whangarei to Invercargill with more than 450 shows and events staged by more than 70 different organisations including professional theatre companies, community theatre groups, schools and other institutions around the country.

From professional companies such as Auckland Theatre Company bringing premiere NZ works such as The Giltrap Audi season of Stuart Hoar’s Rendered, to distinctly Māori company Taki Rua’s Hine Kihāwai, to grassroots theatre like Theatre Whakatane’s Hang On a Minute Mate, each show will bring its own special magic to the stage. Hundreds of Kiwis will participate in the creation of shows, while thousands more are set to enjoy the festival as audience members. Appealing to New Zealanders from all walks of life, the festival will cater for the most committed theatre-goer to those who will be drawn to step foot inside the theatre for the first time.

NZ Theatre Month is the culmination of the duo’s years of championing for a month of celebrations dedicated to New Zealand theatre, with the ethos behind the month being to ‘celebrate and elevate’ Aotearoa’s theatre.

The programme umbrellas all theatre which is ‘conceived in NZ’, and open to the public in September.

Festivities will include a range of productions created by all kinds of artists with countless creative visions. In addition to theatre shows, a wide range of ancillary events will be held at theatres, libraries, and schools around the country. These events, from performances to open days, talks, discussion panels and displays, will address an enormous range of content matter to serve New Zealand’s unique culture.

NZ Theatre Month will kick off on 1st September at Takapuna’s Bruce Mason Centre with a tribute to Bruce Mason, the ‘Godfather of New Zealand theatre’. This will be followed on Monday 3rd September  by an official launch by Grant Robertson, Associate Minister for Arts, Culture and Heritage at Parliament in Wellington.

Aside from highlighting all New Zealand theatre, the festival will hone in on several significant themes unfolding in our current theatre landscape. Women in Theatre will place wāhine the centre of the frame, with plays such as Modern Girls in Bed, Medusa, Kororāreka, Orientation, Mrs Krishnan’s Party, Promise & Promiscuity, Sightings, Valerie, Jane and Mum’s Choir all either focusing on women’s stories or being shaped by female creatives.

Generational will focus on showcasing the shifting forms of what defines a theatre show. From top shelf text-based theatre from cherished playwrights such as Carl Nixon, Oscar Kightley and Alison Quigan to the inter-disciplinary work of contemporary theatre makers like Nisha Madhan, Chye-Ling Huang and Benjamin Henson, this theme covers the changing face of theatre in contemporary New Zealand.

NZ Theatre Month is being celebrated from 1st to 30th September.

The www.nztheatremonth.co.nz website is set to go live in the next week.