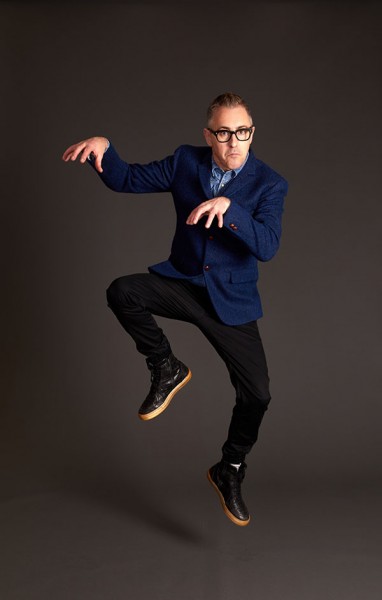 The world’s largest cabaret festival features 10 world premieres, four Australian premieres and 10 Adelaide exclusives by a large contingent of Australian artists and performers from the USA, and Canada.

Shining the spotlight on Australian talent and some international friends, audiences will be shocked, delighted, teased, and tickled by classic and contemporary cabaret performances with this year’s program traversing the cabaret genre – from old-world French glamour to penis painting, pie-floaters, and everything in between.

In an Australian first, Young Talent Time (YTT) 50th Anniversary Reunion Special will nod to nostalgia at Festival Theatre on Saturday, 19 June with Johnny Young himself hosting the show. Alumni including Beven Addinsall, Karen Knowles, Jane Scali, Philip Gould, Steven Zammit, Joey Dee, Lorena Novoa and Nicole Cooper will grace the stage and relive the magic of YTT for one night only.

AFI Award winning Hollywood actor Bojana Novakovic performs throughout the festival with an ever-changing cast of surprise guests in the improvisational experiment The Blind Date Project. Audiences will be surprised by a celebrity guests at each performance… who could be the next blind date?

Adelaide Festival Centre Chief Executive and Artistic Director Douglas Gautier adds “South Australia’s favourite winter festival is back and better than ever with a program that celebrates the festival’s 21-year-old history and showcases some of Australia’s best performers in thought-provoking shows. We look forward to welcoming patrons back to our venues to be entertained this winter.

The festival has been a platform for shows and performers who have achieved critical acclaim and featured world-renowned artists including Ms Lisa Fischer, Kristen Chenoworth, Idina Menzel, Dita Von Teese and Patti Lupone to name a few.

For more information and tickets go to adelaidecabaretfestival.com.au