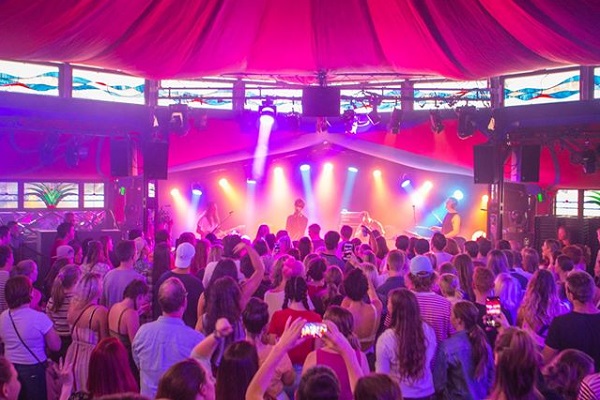 The New Zealand Festival of the Arts has launched a new-look programme for its 2020 edition designed to enhance the nation’s reputation as the creator of innovative arts festival experiences.

The Festival, to be held in Wellington from 21st February to 15th March, is breaking the mould with a new approach that, rather than having a single artistic director, will see three high profile artists become ‘Guest Curators’.

Festival Executive Director Meg Williams explains "our ambition is to make the New Zealand Festival of the Arts the most exciting arts festival in the world.

"After 32 years we feel the time is right for a change, and to do that we have invited artists to take the lead.

"The outcome for audiences is that we have arts experiences in this programme you won’t be able to see anywhere else, thanks to the Guest Curators’ artistic networks and original ideas. This is a special opportunity for audiences in Wellington and we hope it will get people travelling from across New Zealand and further afield to experience the Festival".

Creative Director Marnie Karmelita adds "our new Guest Curator model means the 2020 Festival has been shaped by three strikingly different artists - every week will have a different feel and flavour. The result is a programme of works that are more varied, surprising and inspiring than ever before. This Festival brings you arts that celebrate honesty, bravery and splendour and will bring an injection of creativity and debate into New Zealand."

Alongside the Guest Curators’ selections, Karmelita has programmed a line-up of top international and New Zealand artists across the three-weeks.

She goes on to state “we have a number of exciting collaborations between international and New Zealand artists, which is another way of connecting us with the world.

"There are huge shifts happening globally, and our artists are responding to that with vital works that explore the issues and seek to find a way forward. This results in art that is both hugely affecting, at times confronting, but ultimately inspiring - giving audiences a sense of hope and even a hunger to take action. This is the stuff of great arts experiences.”

For more information go to www.festival.nz