The NSW Government has unveiled plans for a new $10 billion rail line linking the Parramatta and Sydney CBDs with Sydney Olympic Park.

With a capacity of 40,000 passengers an hour in each direction, the new underground metro railway will “transform” the city, according to NSW Premier Mike Baird.

Premier Baird stated “a metro line in western Sydney will effectively double rail capacity between Parramatta and the Sydney CBD, transforming the way we get around our city forever.”

The transport link will also complement the redevelopment of ANZ Stadium.

ANZ Stadium Chief Executive Daryl Kerry believes that the railway will provide game-changing public transport access for the millions of fans who attend events at Sydney Olympic Park each year.

Kerry, who is also President of the Sydney Olympic Park Business Association, said the new transport link would not only provide a modern transport solution for growing communities in Greater Western Sydney but would transform the event experience at ANZ Stadium and other venues in Sydney Olympic Park. 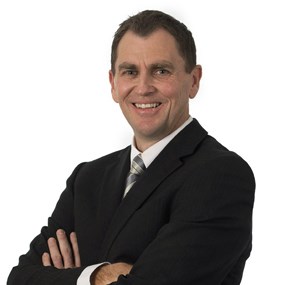 Kerry (pictured above) explained “a metro rail line in Western Sydney has the potential to transform the way fans get to and from major events at Sydney Olympic Park, which is at the geographical heart of booming global Sydney.

“Combined with the WestConnex Motorway Project and the Western Sydney Light Rail Project, a Sydney Metro West rail service has the potential to revolutionise the transport experience for event goers, workers and residents in and around Sydney Olympic Park.”

Kerry said the transport revolution would complement the announced redevelopment of ANZ Stadium into a world-class rectangular stadium, plus the 2030 Sydney Olympic Park Master Plan that will bring exciting new commercial and residential developments to the precinct.

Construction on the new line is expected to begin within the next five years and should be up and running between 2025 and 2029.