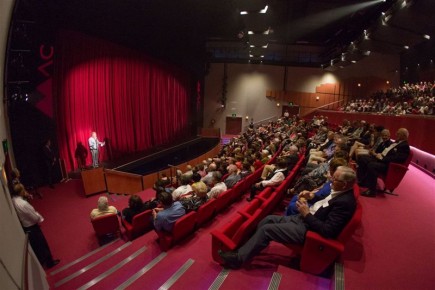 Individual artists, groups and arts organisations in regional areas across the country will benefit from a $1.7 million investment through the latest round of the Australia Council’s new grants program.

Australia Council Chair Rupert Myer said the Council was delighted with such a strong response to its new streamlined grants model and peer assessment process, both the result of a two-year reform process and extensive consultation with the sector.

Myer stated that while the ‘March round’ was highly competitive, the new model had broadened opportunities for the arts sector.

Myer stated “the Australia Council received more than 1,700 applications from arts organisations, individuals and groups for projects and development grants in this round, and of the 273 that were funded about 20% were for artists and arts organisations in regional Australia.

“The Australia Council has a long-standing commitment to supporting vibrant and sustainable art across Australia, including funding artists and arts organisations in regional Australia and developing audiences in these areas “The first round of our new grants model has continued that investment and it is wonderful to see so many projects involving artists or organisations based in regional Australia, ensuring regional audiences benefit from art made by artists in their own communities.

“In addition, a number of projects include work toured between metropolitan and regional areas. 20% of the projects funded indicated the main location of their activity would be in regional areas.”

All applications were assessed by peers drawn from a diverse pool of more than 600 experts from the arts sector and 28% of the peers used in this round were from regional Australia.

However, this round of the Australia Council budget allocation will be its last as a result of the $104 million in Council funding being lost to the controversial ​new National Program for Excellence in the Arts.

Arts Mildura will hold The Emerging Indigenous E-Media Mentorship Program as part of the Mildura Palimpsest Biennale #10 Opening Long Weekend from 2nd to 5th October. Six emerging Indigenous artists will document their responses to overseas travel and to the biennale using e-media, video, iPhones, iPads. The residency will include an exhibition and artist talks on the final day of the biennale. Emerging artists, including Ishmael Marika (Buku-Larrnggay Mulka); Barayuwa Mununggur (Buku-Larrnggay Mulka); Unrupa Rhonda Dick; and Gabriel Nodea will be mentored by leading e-media artists, Emile Zile and Daniel Crooks.

Funding has been provided to hold the inaugural Canowindra Baroque Music Festival in October 2015. Australian period ensemble Ironwood will perform as the lead and opening act and will participate in performances, talks, question times and interactive opportunities during rehearsals.

Sue Murray and NSW Spinal Outreach Service will work with people with spinal-cord-injuries on collaborative and skill-building projects in eight regional areas across NSW. The participants will be taught photography and digital-imaging using equipment that enables people with quadriplegia to control a digital camera and professional studio lighting using a mouth-stick and mobile-phone.

Australia’s young and experimental writers have been supported through the National Young Writers Festival to be held in Newcastle in October. The festival provides a forum for a diverse range of emerging, mid-career and experienced writers and artists and champions new word-based art-forms. The festival is part of This is Not Art (TiNA) Festival.

Catapult Dance will host a residency for five established dance artists who will mentor five emerging artists in the Hunter region. They will also participate in Catapult’s youth and emerging project ‘flipside’.

Child Australia, a first time applicant, will facilitate a project between the Bagot community in the Northern Territory and local Aboriginal artists, as well as interstate artists and artists from the Favela Painting Foundation to decorate residents’ houses in the Favela tradition. 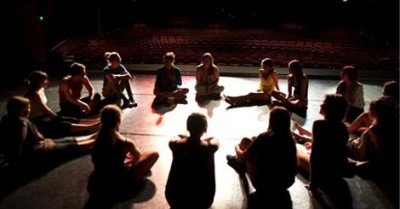 The Performing Lines project will see West Australian artists create and remount three diverse theatre works for audiences in capital cities and in regional areas. The Skeletal System’s award-winning production Great White by Will O’Mahony will have a five-venue regional tour and deliver an extensive community engagement program. Sensorium Theatre’s Oddysea will tour to the Sydney Opera House and Arts Centre Melbourne and hold audience workshops, performances, professional development sessions and artistic exchange with peers. The final development and premiere of yours even, a co-production between James Berlyn and Perth Theatre Company, will be held at the State Theatre Centre of Western Australia.

Tallzstoreez Productions will facilitate a multi-media artwork, including woven and wooden artefacts, video and artistic photographs to showcase Ngarrindjeri wisdom, art and culture. Driven by local Aboriginal people from regional South Australia, it interweaves the beauty of Ngarrindjeri arts and crafts with Ngarrindjeri creation, law and survival stories to create a respectful, contemporary, multimedia resource for Ngarrindjeri arts practice and cross-cultural education.

As previously announced, due to the significant impact the 2015/16 Federal budget measures have had on Australia Council funding, the June grant round, including government programs, will not proceed.