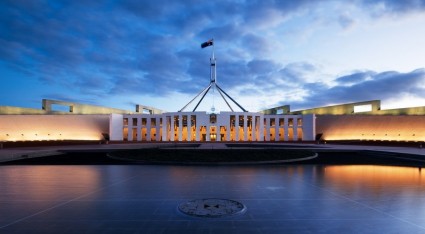 Labor and the Greens have joined together to establish a Senate inquiry into Federal Arts Minister George Brandis’ controversial, yet-to-be-established National Program for the Arts (NPEA).

The inquiry, which is not supported by the Coalition, was backed this week by a Senate vote with 34 votes in favour and 24 against.

Commenting on the establishment of the inquiry, Australian Greens communications spokesperson Senator Scott Ludlam stated "the Government sent shock waves through the arts community with its $105 million budget-night raid on the Australia Council.

"Senator Brandis has established his own Departmental funding pool with no guidelines and no evident purpose apart from to play favourites and undermine the independence of the Australia Council.

“Senator Brandis told a Budget Estimates hearing that no arts organisations were consulted on the formation of his National Program for Excellence in the Arts, as though it sprang fully-formed from his brow.

"Now it is time to hear from the arts community how they will be impacted, where the cuts will hit hardest, and how we can protect arts funding from the kind of shallow politicisation that seems to infect everything this Government does."

The Senate has referred the issue of arts funding to the Legal and Constitutional Affairs Committee, which will report by 15th September.

The Committee will examine the establishment of the NPEA, which under a Federal Budget allocation will takes $27 million a year from the Australia Council budget to be allocated by the Ministry for the Arts.

The arts community began a campaign for a Senate Inquiry after the Senate Estimates hearing in which Senator Brandis admitted he had not consulted with anybody in the sector before the Budget was announced. The campaign was driven by ArtsPeak and supported by Opposition Arts spokesman Mark Dreyfus on behalf of Labor and Senator Ludlam on behalf of the Greens.

Free the Arts – an industry formed to protest the Budget changes – has welcomed the Senate Inquiry.

"‘The Senate Inquiry adds significant weight to the national calls for Senator Brandis to put an immediate halt to his reckless and damaging changes to arts funding in Australia.

"The Inquiry now provides the opportunity for the arts and cultural sector to have a say in a decision which according to the evidence given by Senator Brandis in estimates hearings, no one was consulted on."

The Senate Inquiry will examine:

The Senate Inquiry will examine:

(a) the impact of the 2014 and 2015 Commonwealth Budget decisions on the Arts; and
(b) the suitability and appropriateness of the establishment of a National Program for Excellence in the Arts, to be administered by the Ministry for the Arts, with particular reference to:
(i) the effect on funding arrangements for:
(A) small to medium arts organisations,
(B) individual artists,
(C) young and emerging artists,
(D) the Australia Council,
(E) private sector funding of the arts, and
(F) state and territory programs of support to the arts,
(ii) protection of freedom of artistic expression and prevention of political influence,
(iii) access to a diversity of quality arts and cultural experiences,
(iv) the funding criteria and implementation processes to be applied to the program,
(v) implications of any duplication of administration and resourcing, and
(vi) any related matter.

The committee is expected to issue a call for submissions and develop a program of hearings shortly.

Submissions and details of the inquiry will be available from the Legal and Constitution Affairs Committee.