X Games to expand in China with new event deal 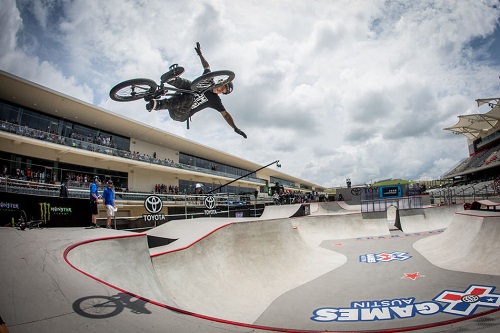 US sports broadcaster ESPN has agreed a multi-year deal with REnextop Entertainment to take the X Games to China, with the agreement set to result in summer and winter editions of the action sports franchise taking place within the same country in the same year for the first time.

ESPN, creator of the X Games, and REnextop, a leading action sports platform in China, will collaborate on X Games China summer and winter events beginning in 2019. The first X Games China event will feature summer sport disciplines and is scheduled for late May in Shanghai.

The inaugural X Games China winter event is slated for late November to early December, and has begun seeking host city and venue partners in China. ESPN said the full schedule, venue and ticket information for the 2019 summer event will be announced in the near future.

In addition to local Chinese broadcasts and ESPN’s US media, X Games China competitions will be televised on ESPN networks around the world and distributed via other international media outlets and local television broadcasters in various markets.

Along with the action sports competition, X Games China will feature musical performances, art installations and a festival experience. ESPN said X Games China will have a “distinctly Chinese flavour”, showcasing the country, cities and culture of China in everything from the course designs to the medals, and highlighting the youth and sports culture in Shanghai throughout the festival village and live coverage.

ESPN X Games Vice-President, Tim Reed commented “China is a significant global market and represents an exciting opportunity to connect the X Games brand to a country with such profound history, culture and a love for sports.”

REnextop Chief Executive, Lillian Chen added "this is truly a unique opportunity to grow X Games in China, a country with a proven track record of embracing big sporting and cultural events.”