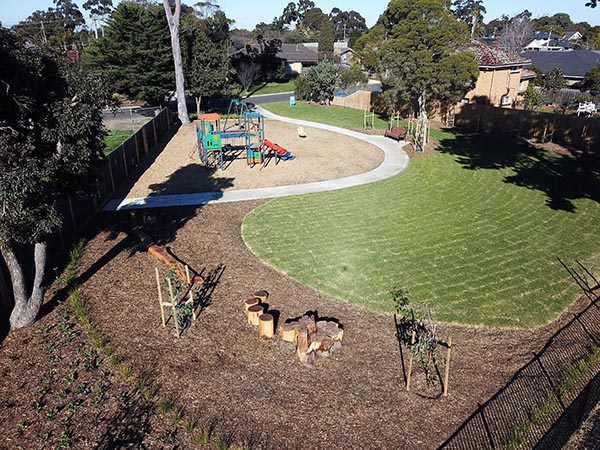 A $450,000 redevelopment of the Little River Tennis Courts is now complete and open to the public with Wyndham City Council also commencing work on the final part of its Wyndham Parks 2021 project - an $11.4 million program to upgrade close to 200 parks over four years, finishing in 2021.

The impressive Little River Tennis Courts project included the removal of the facility’s existing tennis courts and the construction of two new tennis courts with barrier fencing, pathways and landscaping.

Wyndham City Director of City Life, Allison Kenwood, said these works have breathed new life into the courts, which have been the home of the Little River Tennis Club since 1880.

Kenwood notes “the previous courts were 25 years old and in a state of disrepair, with cracked and uneven surfaces that resulted in regular closures.

“These new concrete courts are better suited to the Little River topography, providing a smooth and sturdy surface with drains to capture water.

Kenwood said the redevelopment had already received the tick of approval from the Little River Tennis Club and would help the club to expand and attract new members.

Kenwood added “this is an asset that tennis players of all skill levels can enjoy, and I’m confident locals will be perfecting their serves here for years to come.”

Thorpe advised “these important works have breathed new life into nearly 200 of our local parks, creating beautiful open spaces that the whole family can enjoy.

“They include upgrading playground equipment and nature play, new pathways with additional landscaping and trees to encourage exercise, and picnic equipment and seating.

“We know that spending time in your local park – whether for exercising, playing with your children or simply relaxing – can bring significant benefits to people’s mental and physical health.

“Now that parks and playgrounds have been re-opened to the public, I encourage families to take their kids out and make the most of our upgraded parks – while observing current COVID-19 restrictions and social distancing.”

To find out about other capital works projects across Wyndham, visit the Capital Works Dashboard