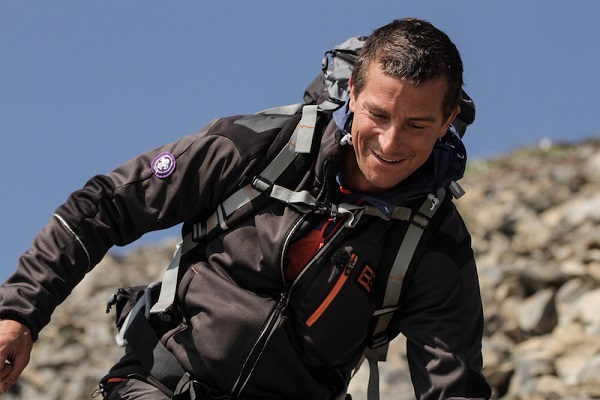 RAK Leisure has announced that the world’s first Bear Grylls Explorers Camp has opened in the Emirate of Ras Al Khaimah.

The Bear Grylls Explorers Camp (BGEC) is set in an expansive and open environment close to the via ferrata on the UAE’s highest mountain, Jebel Jais and follows the success of the Bear Grylls Survival Academy in the UK.

BGEC will also feature the world’s first Bear Grylls-branded camp accommodation, which features 20 recycled and redesigned shipping containers, set to be complete by 2021.

The practical and extreme survival courses on offer at BGEC will be run by experts trained at the Bear Grylls Survival Academy. 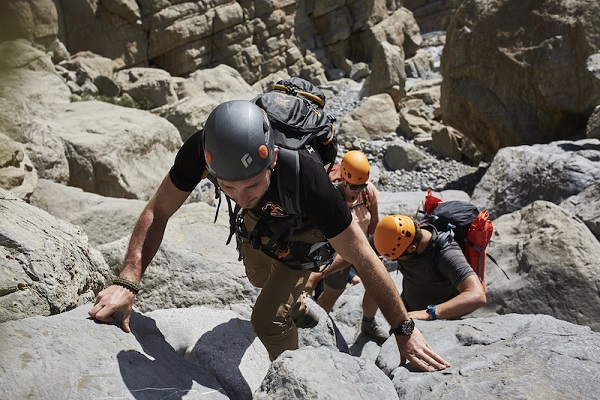 Introducing the concept, RAK Hospitality Holding Chief Executive, Alison Grinnell advised “within a larger global context, the launch of BGEC represents both innovation and resilience during what has been a very challenging year for the travel and tourism industry

“Under the expert guidance of our RAK Leisure division, BGEC will further enhance the growing adventure offer on Jebel Jais and raise the profile of Ras Al Khaimah on the world stage.”

Activities will include how to make a fire in the wilderness and build emergency shelters. Visitors will also learn navigation techniques, how to use a knife and how to survive in extreme weather.

The accommodation containers are designed to host up to three guests with basic self-catering, including a private BBQ on a private outdoor terrace. 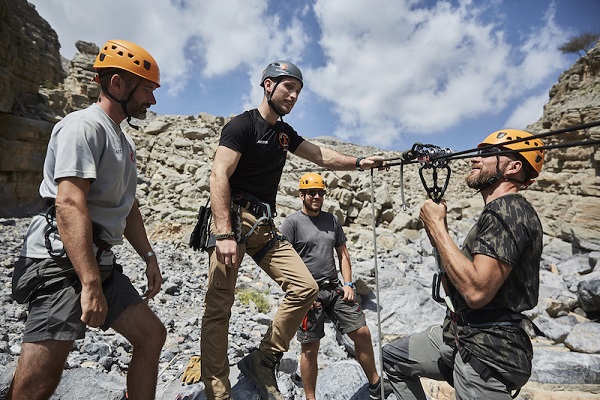 Ras Al Khaimah Tourism Development Chief Executive, Raki Philips added “in 2018, we launched the world’s longest zipline on Jebel Jais and are delighted to announce another first with the Bear Grylls Explorers Camp on the UAE’s highest mountain.”

He described BGEC as an “exhilarating survival experience from one of the world’s best-known experts” that will “attract outdoor enthusiasts from across the globe”. 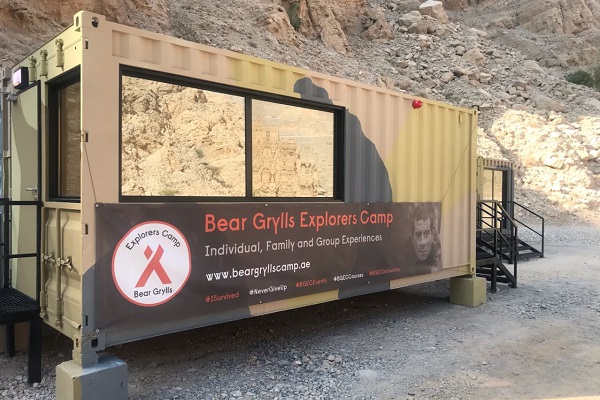 RAK Leisure, formerly known as RAK Hospitality Group, was founded in 2011 by RAK Tourism Development Authority and was transferred in 2014 under RAK Hospitality Holding LLC as its subsidiary.