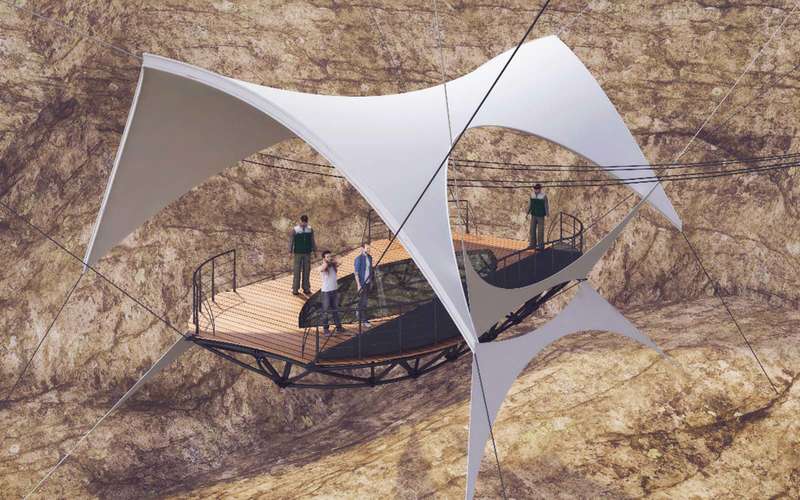 Scheduled to open in December, a new zip line at Jebel Jais in the United Arab Emirates will propel thrill seekers along a 2.8 kilometre journey reaching speeds of up to 100 kilometres per hour.

Launching from 1,934 metres above sea level, the zip line will also have its participants strapped in the face-down position, to provide the sensation of flying through the air.

The line is set to beat the world record for the longest zip line, which is currently held by ‘The Monster’ in Toro Verde's adventure park in Puerto Rico, which is 2.2 kilometres long.

Introducing the attraction, Haitham Mattar, Chief Executive of the Ras Al Khaimah Tourism Development Authority (RAKTDA) , told The Independent “this zip line will be like no other experience out there. Once harnessed to the zip line in a horizontal superhero position, participants will soar through the sky as if they’re a bird. It’s the closest you can get to the experience of flying.”

The RAKTDA has been looking to develop a range of adventure tourism experiences at Jebel Jais, the Emirate’s highest peak.