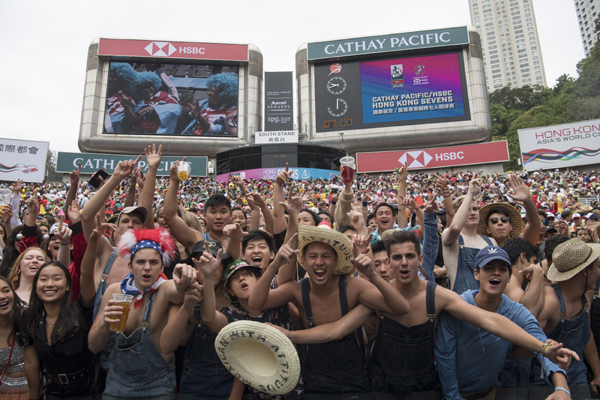 World Rugby has announced that the remainder of the 2019/20 World Sevens Series - including the Hong Kong and Singapore 7s - has been cancelled due to the Coronavirus pandemic.

The events, also scheduled to take place in the Canadian city of Langford, London and Paris, have all now been called off outright.

The Hong Kong and Singapore legs had previously been scheduled for April of this year but were among the first sporting events to suffer a delay due to the pandemic, with World Rugby announcing in February that they would be postponed until October.

The World Rugby Sevens Challenger Series finals events – which offer lower-ranking nations a chance to qualify for the top-tier Sevens – will also not take place this year.

Japan, the hosts of last year’s Rugby World Cup, have been awarded a place on the men’s Sevens Series for 2021 after finishing first and third in the two completed events on this year’s calendar. No women’s side will be promoted, as the inaugural Women’s Challenger Series event, which had been due to take place in South Africa in March, was unable to take place at all.

World Rugby said that the decision to cancel all remaining events on the Sevens calendar was taken following “detailed and constructive dialogue with the host and participating unions, and has been taken with the health and wellbeing of the rugby community and the wider public as top priority”.

Commenting on the cancellation, World Rugby Chair, Sir Bill Beaumont stated "while it is very disappointing for players, fans, organisers and everyone involved to have to cancel these events due to the global COVID-19 pandemic, the health and wellbeing of the rugby community and wider society remains the number one priority.

“Rugby sevens is a key driver of global growth for our sport, particularly in emerging nations, and it firmly remains a top priority for our organisation. As we begin to see light at the end of the tunnel, 2021 has potential to be a very exciting year for rugby sevens with the Tokyo Olympic Games on the horizon.”

The Sevens Series is World Rugby’s biggest annual property, with the Asia-based events in particular representing the sport’s biggest opportunities to engage fans in that part of the world on a regular basis.

New Zealand has been awarded the titles for both the men’s and women’s tournaments on the basis of its teams’ performances to date.