The 42nd edition of the Hong Kong Sevens tournament, with a cumulative attendance of almost 120,000 over its three days, has once again proved to be the largest event in the Sevens World Series.

The seventh round of the 2016/17 HSBC World Rugby Sevens Series, the tournament was played from 7th to 9th April at the 40,000 capacity Hong Kong Stadium, and continued its tradition of high quality sevens rugby, non-stop entertainment and raucous behaviour.

With 73 matches and non-stop entertainment including a live performance from British pop legends Madness inside the Stadium the Hong Kong Sevens spectacle ensured capacity crowds. 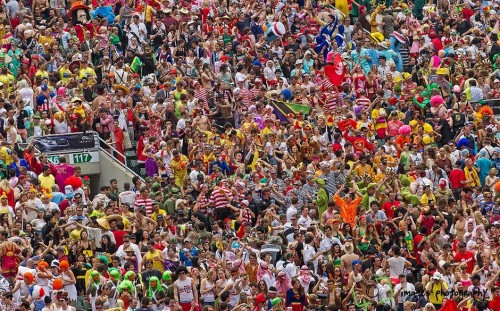 A 12-team international qualifier competition featuring two teams from each of World Rugby’s six regions was also held over the weekend. Spain, the winner of that competition will be promoted to next year’s HSBC World Rugby Sevens Series.

Speaking in advance of the event, World Rugby Competitions and Events Manager for Sevens Douglas Langley, commented “in the immediate aftermath of Rio we saw an estimated 16.8 million new fans follow Rugby Sevens and in the previous six rounds, we’ve seen tournaments play out to huge global TV audiences, social media figures averaging 8 million video views per round and passionate and energetic fans at the events themselves.

“Hong Kong is one of the most anticipated stops on the series and one of the most iconic, exciting and energetic events that World Rugby are proud to be associated with.”

With 73 matches and non-stop entertainment including a live performance from British pop legends Madness inside the Stadium the Hong Kong Sevens spectacle ensured capacity crowds. 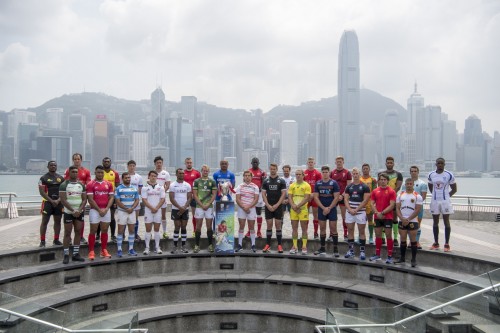 The Hong Kong leg of the tournament, which started in Dubai in December concludes in London in May, was won by Fiji.

While Hong Kong thrives, the future of the Wellington Sevens looks bleak with falling crowds and ongoing financial losses resulting in the New Zealand Rugby Union looking to relocate the event away from Wellington and even facing the possibility of ending its licence to stage the event.

For more information on the Hong Kong Sevens go to www.hksevens.com

Images: Crowds at the Hong Kong Sevens (top and middle) and the pre-event captains photo call (below).