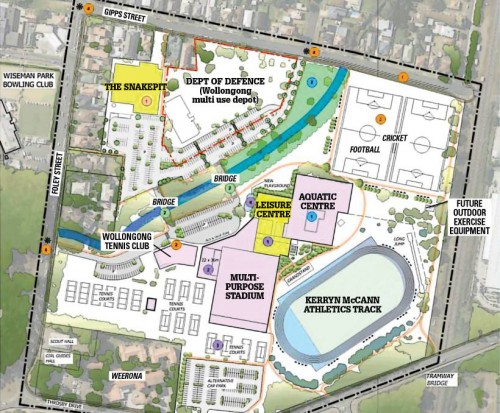 Wollongong City Council is considering a draft master plan for a $55 million upgrade for the Beaton Park aquatic and sport precinct, with residents being invited to contribute their views on the proposal.

With the aim to turn Beaton Park into a regionally significant sports precinct over the next 20 years, the masterplan includes a new multipurpose 3,000-seat stadium with six basketball courts, an enlarged aquatic and recreation centre with aquatic playground and a revamped gym.

The plans for the first stage include an expansion of aquatic facilities, including a new multi-purpose hydrotherapy pool, a water play area for children and a new spa and sauna.

However, this part of the plan ignores calls for a 50 metre swimming pool, arguing this is “not considered to be a priority”.

Explaining this decision, a Council statement advised “with an abundance of water facilities within the Local Government Area, including swimming pools, rock pools and beaches, another 50 metre pool is not considered to be a priority at this site and is therefore not identified as part of the draft master plan for this site."

The Council advised that its Corrimal pool is to be “the premier competitive pool” for Wollongong area, with a master plan for that now in development.

The first stage of upgrades at Beaton Park will cost at least $14 million and will also include a community space between the grass field and athletics track, as well as pathways and new fitness equipment.

To afford the upgrades, the Council has explored the idea of applying for grants, working with local sports groups or undertaking joint ventures, but these will not be enacted until the plan is endorsed. 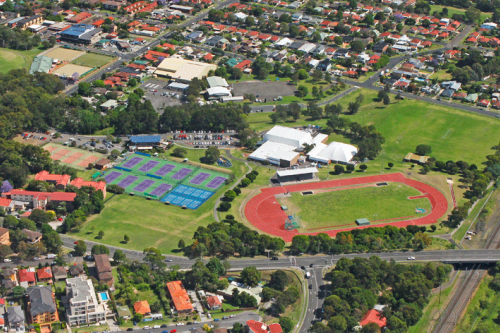 In financial assumptions published with the master plan, the council has calculated that it will be able to double its income from pool fees, and get a 50% membership and cafe rental increase.

Currently, the Council subsidies the Beaton Park precinct at a cost of about $500,000.

After the master plan upgrades are implemented, the facility will cost the council $2.7 million a year to run.

Images: Wollongong City Council's draft master plan for the Beaton Park aquatic and sport precinct (top) and Beaton Park from the air (below).