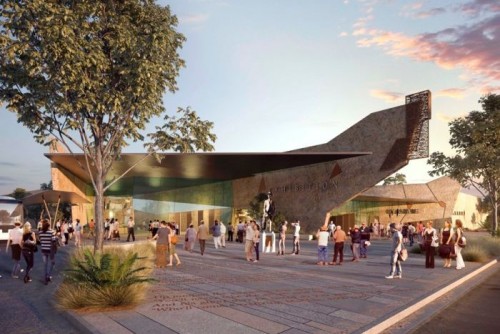 The Winton Shire Council in central west Queensland has appointed an architect to rebuild its Waltzing Matilda Centre.

The iconic attraction was gutted by fire in June 2015, but the Winton Shire Council vowed to rebuild it at an estimated cost of $20 million.

Brisbane-based Cox Rayner Architects, who were also involved with the design of Winton's Age of Dinosaurs Museum, were chosen from a list of 19 architects from around Australia that put in bids for the contract.

"They have a huge base of skills and technical resources that they can apply to the task to deliver a fantastic building for our community."

Cox Rayner Director Michael Rayner said architects would speak to locals about how best to incorporate the community's ideas into the project.

Rayner stated "it's really good if we can actually use local industry and local trades because it both supports the economy.

"It also puts an identity into the project that belongs to the place."

Stakeholders hope that the rebuild of the Centre will be an opportunity to improve on what was there before.

Rayner added "there are many themes that come through and I've often said that Winton seems to ... punch well above its weight in terms of its history and culture.

"How we transmit that story I think will be very interesting, and it could be done in a much more dynamic way than, 'Here's Banjo Patterson's poem', and you see it in a cabinet.

"We're looking at things that are far more interactive."

The funding for the design of the project is expected to be finalised in August and council aims to have the centre rebuilt in 2017.