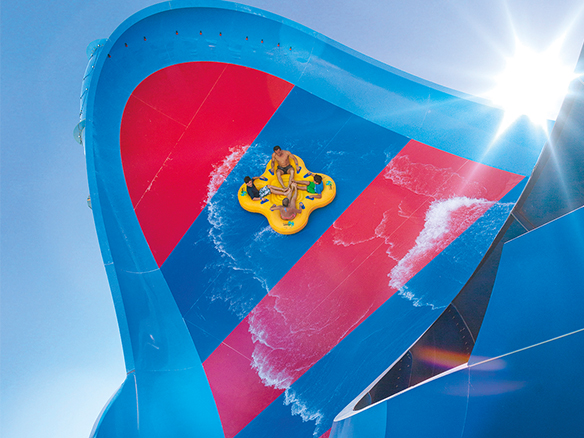 Construction is underway for a massive expansion to Dreamworld's WhiteWater World waterpark on the Gold Coast.

The expansion, to the east of the site and encroaching further on the footprint of the former Thunderbolt thrill ride, is expected to nearly double the size of the park.

The main feature of the development will be a 25 metre-high tower featuring three new ProSlide water slides: including two Mammoth Slides, and 'Tornado Alley'.

In addition to the slide tower, the expansion will also feature a lazy river, meandering around much of the remaining area with a wave channel providing added thrills, a large water play area, extensive shade areas, additional food and beverage outlets, and extensive observation areas.

The expansion is due to open prior to the peak summer 2008/09 season.