Wheelchair athletes to ‘Rumble in Rocks’ on Australia Day 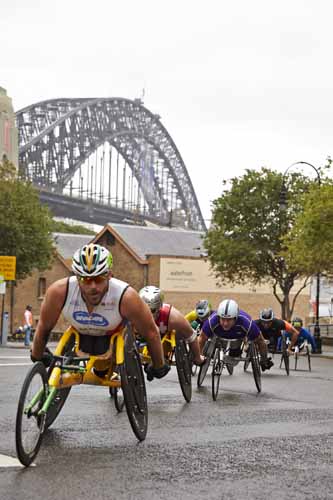 Wheelchair athletes from across the globe will descend upon Sydney for the 26th annual GIO Summer Down Under Series, with the highlight event, the Oz Day 10K, taking place on Australia Day in The Rocks.

The GIO Summer Down Under Series will see the finest wheelchair track and road racers from around the world compete in the prestigious event. Australia’s Kurt Fearnley OAM, fresh off the back of his impressive New York City Marathon victory, will be returning for his 19th consecutive year, hoping for a win in the Men’s Open category. He will face off with athletes from Japan, Canada, USA, South Africa and UK.

Catherine Luk, Executive Portfolio Manager NSW CTP at GIO, said that the Summer Down Under Series is a significant event on the NSW sporting calendar and GIO is proud to be the event’s major sponsor for the 6th year.

Welcoing the event, Luk explained "the Summer Down Under series has grown into an internationally recognised and iconic wheelchair sporting event over the past two decades and GIO is delighted to lend our support once again.”

Wheelchair Sports NSW Chief Executive Jim O’Brien is excited to see domestic competitors go head to head with international rivals in the 26th year of the event, adding “for over a quarter of a century the Summer Down Under Series and the Oz Day 10k have given wheelchair athletes a premiere platform to perform competitively on an international stage. We wish all the athletes the best of luck in their preparations.” 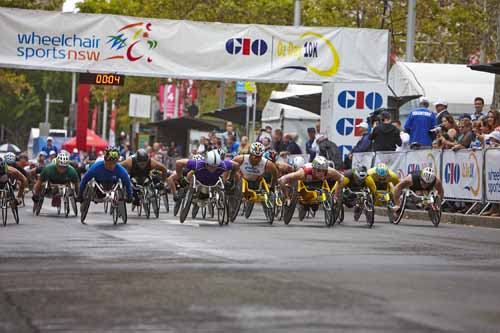 The stars of tomorrow will race alongside their heroes of the past and the public is invited for free to come and celebrate and cheer them on from 9am along the spectacular race around The Rocks, starting and finishing at Alfred St, Circular Quay.

The full GIO Summer Down Under series runs from 19th to 27th January, free events include:

Spectator entry to all the track and road events is free.

Wheelchair Sports NSW (WSNSW) is a charitable organisation responsible for the development, promotion and delivery of wheelchair sports in NSW. Since 1961 WSNSW has made sport available to those in the community affected by spinal injury, spina bifida and similar disabilities. The strong success of the Paralaympians at the London 2012 Paralympics has succeeded in increasing the profile of wheelchair sports in NSW and made many of the athletes household names across Australia. The Summer Down Under Wheelchair Track and Road Racing is sponsored by GIO Insurance.