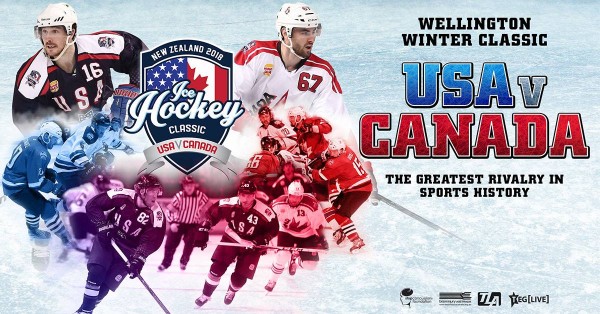 Wellington's Westpac Stadium in Wellington is set to become the first outdoor stadium in the southern hemisphere to host a major outdoor ice hockey game.

The Ice Hockey Classic is set to be staged at three venues in New Zealand in June next year, with three games to be played between teams from the US and Canada.

Spark Arena in Auckland and the Queenstown Ice Arena will play host to the other two games in the tournament.

Announcing the event, Westpac Stadium Chief Executive Shane Harmon said that there would be many challenges and the event would be a first on many levels.

“The team have a 72-hour turnaround period to build, freeze, unfreeze and dismantle the rink. But we believe it is worth the effort to create such an exciting and innovative event experience for fans.

“Few Kiwis will have experienced a live ice hockey game before so we think it will be very popular, particularly with the calibre of athletes who are expected to compete.”

The series is usually played during the winter months in North America, and is therefore easier to maintain the ice rink.

While Wellington's winter weather is cool, temperatures do not fall as low as in ice hockey's heartland in the USA and Canada.