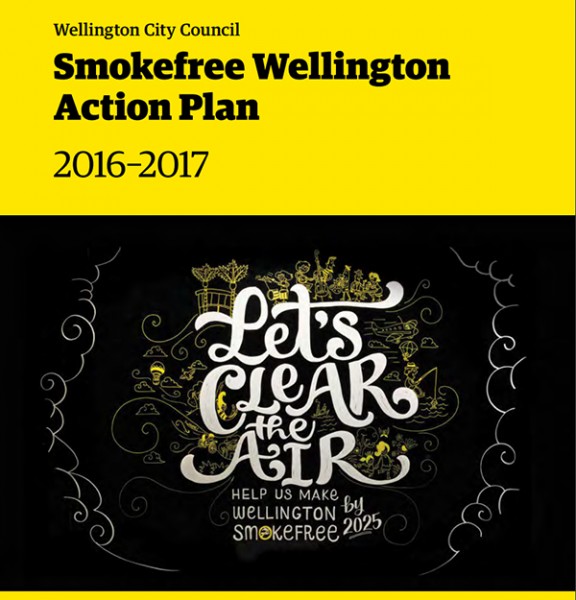 Wellington City Council has voted to make the city’s beaches and the Grey Street pedestrian area in the central city smoke-free.

The move is part of an update to the Council’s Smokefree Action Plan, which supports the Council’s commitment to the Smokefree Aotearoa goal that fewer than 5% of New Zealanders be smokers.

All Wellington City beaches will be smoke-free from late September (beginning of ‘Daylight Saving’ time) while the Grey Street pedestrian area, alongside Lambton Quay, will also become smoke-free once construction work to upgrade the area is completed in the next few months.

Councillor Brian Dawson, who holds the Council’s Social Development portfolio, says the plan is not about being punitive, explaining "while we are designating these areas ‘smoke-free’ we’re not going to be coming in waving a big stick and punishing smokers.

"Our approach is based on education and positively reinforcing the stop smoking message.

“Wellingtonians in general are thoughtful people and respect the Smoke-free areas we already have and we believe the same will be true for these new areas.”

To help educate the public new smoke-free signs and an online map will be developed to better inform people about all the smoke-free areas.

A Council survey last year of 2269 people found nine out of 10 non-smokers and almost half of smokers support Wellington becoming increasingly smoke-free.

The Council agreed to amend the wording of the Action Plan to recognise that vaping can be an effective tool to help people stop smoking with Council wanting to encourage that. At the same time the Council would like to encourage vapers to avoid vaping in smoke-free areas as a courtesy to other users of the space.